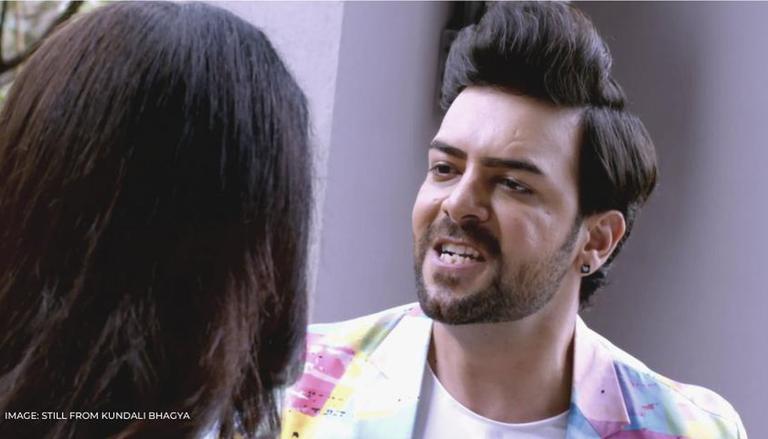 
The Kundali Bhagya June 16 episode starts with Prithvi arriving at the Luthra house and seeing no one around. He assumes that Kritika might have revealed the truth. However, in a self-directed speech, he recalls how he played the victim card at Deepali's house.

As a teary-eyed Kritika arrives, Prithvi pretends to act upset and leave. Meanwhile, Sherlyn consoles Kritika. On the other hand, Preeta narrates to Karan how they concluded that Sherlyn is the killer. An agitated Karan asks Sammy to open the door and starts looking for Sherlyn. Scroll down to read the Kundali Bhagya written update for June 16's episode.

As Sammy, Srishty and Preeta follow Karan, the latter confronts Sherlyn. Sherlyn tries to act innocent, but Srishty and Preeta back Karan's claims. Preeta warns Sherlyn that if she is involved in Akshay's murder, the former will not spare her. After Karan leaves, everyone else disperses.

Amid that, Karan bumps into Prithvi while the latter stands surprised seeing Karan. Karan asks Prithvi to not poke him, however, Prithvi keeps calling him a criminal. As Karan pushes Prithvi, Kritika comes and meets Karan but the latter leaves.

Kritika apologises to Prithvi on Karan's behalf. On the other hand, Prithvi starts blaming Kritika for not having faith in him. He lectures her about trust and accepts her apology while saying that this is the last chance he is giving to Kritika.

He asks Kritika to leave him alone for a while. Later, he meets a tense Sherlyn, who recalls Karan, Preeta and Srishty's words. As Sherlyn panics, Prithvi motivates her while stating that to win, she has to play with her opponents' mind.

Then, Prithvi brags about himself that how he tricked Kritika at Deepali's house. On this, Sherlyn breaks her silence and reveals that she had told Deepali that she lied about her husband and manipulated her to clear the confusion with Kritika. Later, Prithvi calls the police from his spare phone and informs them that Karan is hidden in the old Luthra house. The episode ends with a happy Sherlyn and Prithvi, who assume that Karan will go back to jail.