'Kundali Bhagya' is a television daily soap that is aired on Zee TV & produced by Balaji Telefilms. Read on to know Kundali Bhagya June 5 2021 written update. 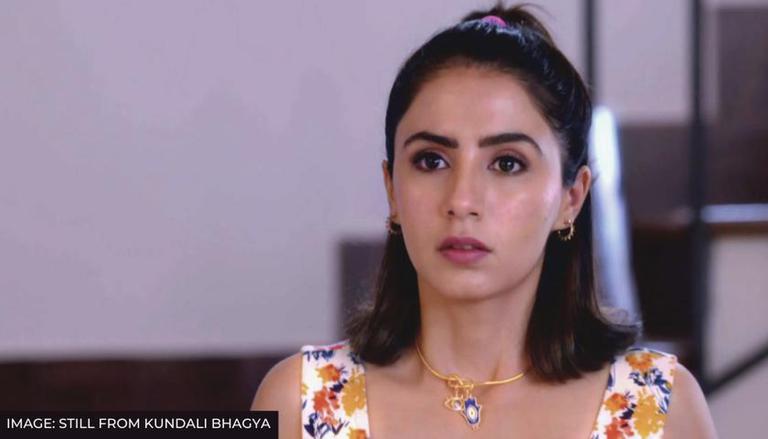 
The Kundali Bhagya June 5 episode starts with Pammi repeatedly asking Preeta about Sammy and Srishty's relationship status. However, Rakhi diffuses the situation by pretending that she has pain in her shoulders and needs Preeta to massage her. As Rakhi excuses herself, Pammi wonders how Rakhi’s shoulder started paining all of a sudden. On the other hand, Srishty explains to Sammy they should check Sherlyn's room to get evidence. However, he does not understand it. Read on the detailed Kundali Bhagya written update for June 5 episode.

Megha reminds the limits to Ruchika

On the other hand, Ruchika brings milk for Megha; however, the latter tells her to stop acting as she knows she is only doing it for money. Ruchika tries to manipulate Megha to demand more money from Sherlyn. On this, Megha says that she won’t be greedy, explaining to her that if Sherlyn feels threatened, she can harm her. Meanwhile, Sherlyn informs Prithvi that Megha is blackmailing her as the latter has a video of them, where it is revealed that the baby is Prithvi's and not Rishab's. Prithvi assures her that he will take care of it and leaves.

Back in Sherlyn's room, Srishty and Sammy start looking for some evidence. But, amid that, Mahira enters the room and grills them. Srishty makes an excuse. However, when Mahira suspects them, Srishty subtly instigates Mahira against Sherlyn by asking her to be alert. After Srishty and Sammy leaves, Sherlyn enters her room and sees Mahira.

On the other hand, Rakhi asks Preeta about what Pammi was saying and the latter says that Sammy doesn’t like Mahira. On this, Rakhi suggests that Sammy and Srishty will make a good pair and hearing this, Preeta gets happy. Meanwhile, Mahira confronts Sherlyn if she is plotting against her. Sherlyn manages to diffuse the situation and the episode ends with Mahira saying that she is not going to believe Srishty, but if she comes to know that Sherlyn is backstabbing her, she will not forgive her.