On Nawazuddin Siddiqui's birthday, May 19, 'Kundali Bhagya' actor Shraddha Arya dug out an old picture with him and also penned a note for him. Read on to know. 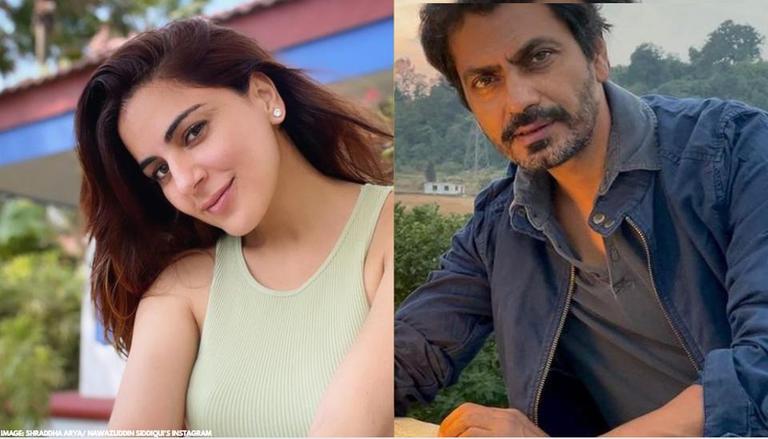 
Kundali Bhagya actor Shraddha Arya took to her Instagram story on May 19 and posted a rare picture with Nawazuddin Siddiqui, on the occasion of the latter's birthday. In the pic, the duo posed for the camera during an event. While Shraddha stunned in a red dress, the Babumoshai Bandookbaaz star sported a grey suit. Along with this, Arya wrote, "Happy birthday, Sir," followed by a red heart. In no time, the post went viral on the photo-sharing platform. On his 47th birthday, netizens flooded Twitter and Instagram with heartwarming wishes. From sharing his stills from his movies to posting edited collages of his popular scenes and roles, fans showered the actor with love and blessings on his special day. On Twitter, a fan wrote, "Happy birthday, Nawazuddin Siddiqui, Indian cinema would never be the same without you, Also meme world. Looks aren't important talent is, he proved it." Another user wrote, “Happy birthday to one of the most versatile actors in our Indian film Industry Nawazuddin Siddiqui sir who had really seen a lot of struggle and came to this level only bcoz of his acting skills. Happy birthday to you, sir”.

Meanwhile, the Kundali Bhagya cast has been shooting in Goa for the upcoming episodes of the ongoing drama. Shraddha keeps sharing glimpses from her villa and gives a sneak peek into her whereabouts. She recently shared a series of pics while relaxing by the pool and penned a “gentle reminder” for fans. She wrote, “Love yourself daily”. Meanwhile, her co-star Dheeraj Dhoopar and she went live on Instagram and made an appeal to fans. The duo asked people to take utmost care during these times and also asked them to help as much as they can. They continued that a lot of people need prayers and support.

As per the current Kundali Bhagya episodes, Preeta gets suspicious of a mysterious person, as she tries her level best to prove her husband, Karan, innocent in court. While she tries to dig out details from Akshay's phone, Srishty and Sammy hatch a new plan to support her. Meanwhile, Kritika feels upset due to her disturbed marriage with Prithvi.