Mahhi Vij Reunites With Daughter Tara, Jay Bhanushali Says 'She Is Back'

Jay Bhanushali has posted yet another video on Instagram that shows his wife Mahhi Vij and daughter Tara sharing a hug, as their family members watch


Mahhi Vij and Jay Bhanushali have been married for nearly a decade and are parents to three beautiful children. Both of them are quite active on social media and don’t shy away from posting glimpses of their family moments with their fans. Jay had recently posted a short video of Mahhi reuniting with their youngest child Tara, showing a candid moment between the mother and daughter. Jay has posted yet another video on Instagram, which shows the mother-daughter duo together and even shared the reason why he posted it.

The previous posts by Jay Bhanushali shows the moment when he and Tara had went to the airport to received Mahhi Vij, who was returning from a shoot. The emotional moment was given a strong response by his fans, who shared all kinds of reactions to it. Posting a new video, Jay wrote in his caption that since his last post ended up making his fans emotional, he was posting a new video to bring “smile” on their faces. He then revealed that after having shot for an entire night in Delhi, Mahhi has taken the first flight back home. 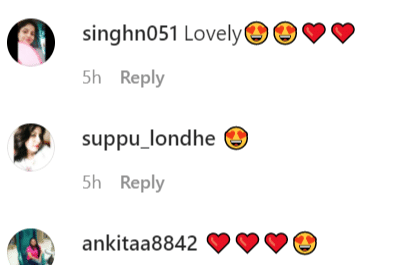 The new video showed Mahhi walking down the steps, as Jay was heard telling Tara that her mother had come back. Tara can be seen smiling at her mother as the latter comes forward to hug her daughter. Their pet dogs are also seen running around in excitement of the moment. The video promptly received pleased reactions from their fans, who expressed their happiness for the moment of reunion between the two.

The previous video shows the family receiving Mahhi at the airport when Tara started tapping the windows in excitement and then started crying after being away from her mother for a brief period. Mahhi is then seen giving her infant daughter a peck on the cheek, as bystanders started clicking photos and videos of the heart-warming moment. Both Mahhi Vij and Jay Bhanushali have worked in several TV shows and are considered to be popular faces in the TV industry and have also appeared on reality shows together.

READ | Mahhi Vij's Birthday: Here's super-fun quiz to take if you call yourself her true fan