On Tuesday, April 6, actor Jay Bhanushali and baby Tara were at the airport to bid adieu to Mahhi Vij, who had to travel out of town. See emotional moment here


On Tuesday, April 6, actor Jay Bhanushali was at the airport to bid adieu to his wife Mahhi Vij, who had to travel out of town for a professional commitment. The celebrity couple’s two-year-old daughter, baby Tara was also present to say goodbye to her mother. It was at that time when an emotional moment between Mahhi and Tara left the mother-daughter duo in tears.

Mahhi Vij travels without baby Tara for the first time

In the video shared by Jay Bhanushali, Mahhi can be seen kissing her munchkin goodbye. However, as soon as Mahhi leaves, Tara begins to cry uncontrollably. Hearing her baby’s loud cry, Mahhi immediately returns to her car to pacify her. She opens the doors and held Tara in her arms to soothe her. As baby Tara regains her calm, Mahhi then carries on with her journey.

This emotional moment between the mother-daughter duo was captured by father Jay at the airport. While sharing the clip, the father explained how it was the first time in two years when Mahhi had to travel outdoors without their daughter. Upon witnessing their emotional bond, Jay finally realised that he can never take Mahhi’s place in their toddler’s life. According to him, no matter what he does, he can never match with Mahhi. Take a look at the clip below:

After almost 2 years of @tarajaymahhi coming in our life.. @mahhivij was traveling outdoor for shoot without the baby..today I realized mother is a mother and chahe Kitna bhi karlo father can't take mother place...tara cried a lot today

As soon as the emotional moment was shared on Instagram, the clip went viral amongst their fan army. The post garnered a lot of attention from fans as they were touched by the ‘pure’ moment. While some said that it made them cry literally, others were left in awe. Here’s taking a quick look at how fans are reacting online: 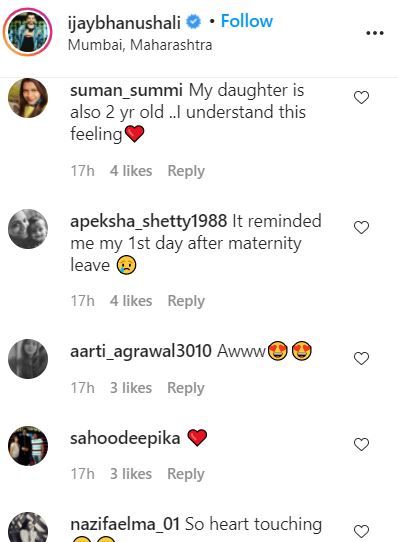 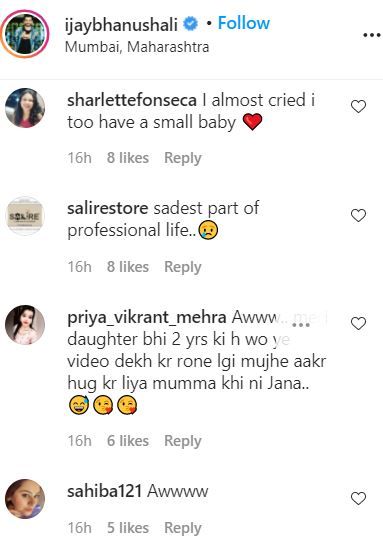 Mahhi Vij and Jay Bhanushali got hitched back in the year 2011. The couple embraced parenthood in August 2019 when they welcomed baby Tara into their lives. The duo has also adopted their caretaker’s kid Khushi and Rajveer and are raising them as their own.

READ | Mahhi Vij's Birthday: Here's super-fun quiz to take if you call yourself her true fan