Malaika Arora enjoyed Children's Day with some young fans on the sets of India's Best Dancer and shared a short video of her celebration. 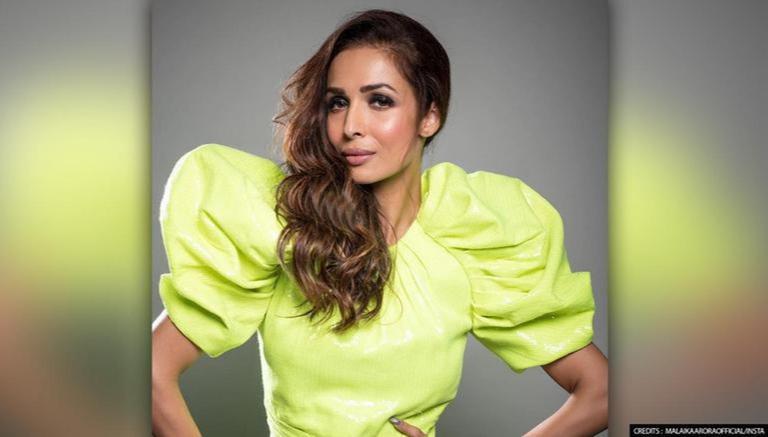 
Malaika Arora enjoyed Children's Day with some fans on the sets of India's Best Dancer and shared a short video of her celebration. The actor donned a stunning bodycon dress, and little kids ran to her as she sat in the judge's chair. She was also seen pulling one of the children's cheeks after he did the same to her.

In the video shared by Malaika Arora, she could be seen surrounded by little ones on the occasion of Children's Day. She held one of the girl's hands, and a young boy pulled her cheek. Her reaction was priceless, as she did the same to him. As Joy of Little Things by When Chai Met Toast played in the background, she gave the children a group hug. Children's Day, the child in you, fun onset, and India's Best Dancer were some of the hashtags she accompanied her post with.

Malaika Arora was recently in the news after Arjun Kapoor dedicated a sweet Instagram post for her. The picture appeared to be a candid from a Diwali party the duo attended. Arjun could be seen smiling from ear to ear at Malaika, who was looking down, as she stunned in a bright pink saree. Clad in all-black traditional attire, Arjun wrote, "When she laughs at my nonsense, She makes me happy...@malaikaaroraofficial Thank you @ak_paps for this picture."

Like Malaika, Arjun also celebrated Children's Day but took a different approach to his celebration. He posted a childhood picture of himself, in which he believed Ranveer Singh had nothing on him, owing to his attire. He also poked fun at himself, and the clothes he could be seen wearing in the picture. He wore a colourful striped t-shirt and has a pair of sunglasses on. He also wore a belt, which was in fact a rope, which he called a 'fashion game-changer'. The caption of the adorable picture read, "@ranveersingh got nothing on my mini Ram-Jaane, Happy Children’s day to Me !!! That rope belt could be a fashion game-changer even now."