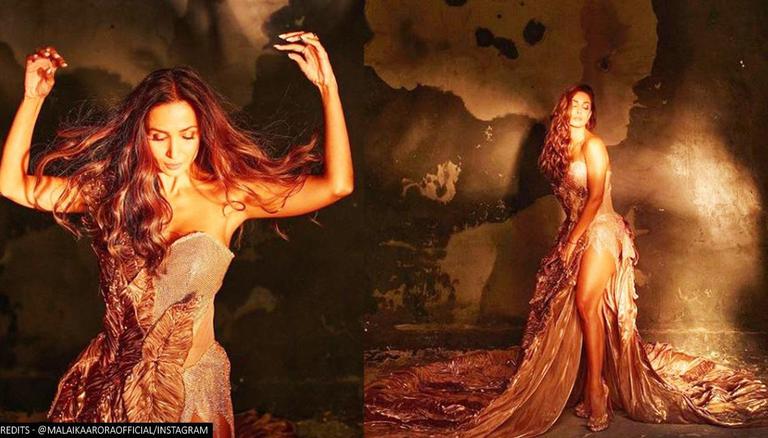 
Malaika Arora has been among the glamorous stars of the film industry for long, and she continues to prove this with her fashionable outings. The latest glimpse of this was her stylish look for a reality show. The Chaiyya Chaiyya star left not just netizens, but also some celebrities awestruck.

Malaika's latest look featured an ensemble that seemed like a shiny short strapless dress on her left and a glittering, long gold skirt, with designs of leaves, spreading all the way down as well as up her right shoulder. Her hair colour and the background too matched with her outfit brilliantly.

Among those to praise Malaika for her look were Kiara Advani, Farah Khan, Manish Malhotra,  Bhavana Panday, Anusha Dandekar, Gabriella Demetriades, among others. The comments ranged from 'oh my', to 'faaab pic', as well as flame emojis galore. 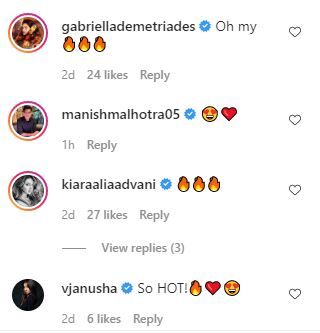 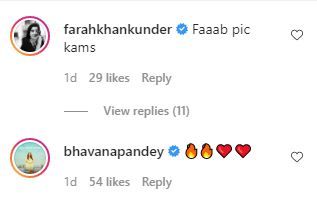 The look was a part of her promo for the latest season of the MTV Supermodel of the Year. She urged her followers, '  Embrace your true self and be #UnapologeticallyYou!' in the caption as she shared the promo.

READ | Malaika Arora shares her 'Move Of The Week'; reveals its benefits

Malaika returns to judge the show, that had aired its first season in 2019. The second season gears up for launch on August 22. She had been a judge along with Milind Soman and Masaba Gupta in the first season.

READ | Jennifer Lopez turns 52; Malaika Arora and others fangirl over her stunning beauty

This is set to be her return to TV judging after India's Best Dancer, with which she was associated last year. This is also set to be her first appearance on TV after contracting COVID-19 last year. She had recovered from the virus, without hospitalisation and by isolating herself at home.

A hardcore fitness freak, Malaika is involved with a yoga training venture, and regularly posts pictures and videos of the different exercises. She also is a regular for the paparazzi, as her appearances, be it walking her pet dog Casper or going out to meet her friends like Kareena Kapoor Khan and others often surface. The rumours surrounding her relationship with Arjun Kapoor too make headlines, as was evident with her birthday wish for the actor a few weeks ago.