Mayuri Deshmukh, who plays Malini in Star Plus' Imlie, recently shared a still from upcoming episode of the serial. Sharing it she called it a paradox image.

Actor Mayuri Deshmukh recently gave fans a sneak-peek into the upcoming episode of her ongoing television serial, Imlie. On March 25, she took to her Instagram handle and shared her character, Malini's still from the next episode of Imlie. Here, Mayuri aka Maline is seen dressed in the pagdandiya outfit, waiting for Aditya Kumar in Imlie's room. Sharing this behind the scene picture, Mayuri Deshmukh described the image as a paradox. She said, "Paradoxes in this pic: Malini in a 'Pagdandiya' outfit sitting in Imlie's - Tripathi Room, waiting fr Aditya!!! #staytuned #keepwatching #keeploving #imliestarplus".

Fans and followers of Mayuri Deshmukh went gaga over the BTS picture. Her co-actor Sumbul Touqeer Khan also commented on her post. She said, "good one". One of the users wrote, "And imagine another paradox imlie in a modern outfit sitting in Aditya’s room..every things possible in Tripathi’s house", while another added, "Malinii didiii is perfect". A fan comment read as "à¤–à¥‚à¤ª à¤›à¤¾à¤¨ acting à¤•à¤°à¤¤à¤¾ gashmir sir à¤†à¤£à¥€ à¤¤à¥à¤®à¥à¤¹à¥€" (you and Gashmeer sir are amazing actors). Take a look at some more fans' reactions below. 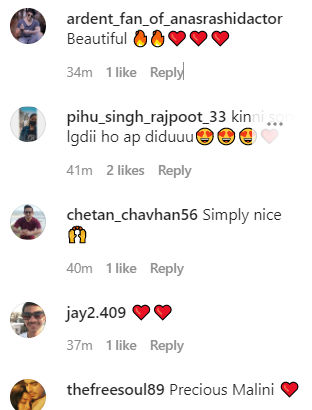 Imlie is a television drama series that airs on Star Plus and streams on Disney+ Hotstar. Produced by Gul Khan and Karishma Jain, the drama serial premiered on November 16, 2020. It stars Sumbul Touqeer Khan, Gashmeer Mahajani and Mayuri Deshmukh in the lead role. The serial follows the story of a journalist who gets married to villager Imlie due to unwanted situations. However, he doesn't accept her as his wife, since he is engaged to someone else back in the town.