Bhojpuri actor Monalisa recently took to Instagram and shared a set of brand new pictures. In her pictures, she wore a tank top with a stylish denim skirt.


Bhojpuri heroine Monalisa recently took to Instagram and shared a set of brand new pictures where she wore a tank top with a stylish denim skirt while posing in a garden. The actor has never failed to impress her fans and followers and her pictures have once again created a storm on social media. Take a look at Monalisa's photos below.

Monalisa shared a set of pictures in which she can be seen wearing a dark green tank top and double coloured denim skirt. She wore black flats and accessorized her look with finger rings in both hands. She left her hair loose and opted for the natural makeup look. She is seen in various poses such as sitting on the stairs, on the grass, standing against the wall and more. She smiled in a few of the pictures and opted for an intense look in the others. In her caption, she wrote, “I May Not Be Perfect... But I Am Always Me... #goodmorning #world #thankful #blessed #gratitude”.

Monalisa is one of the most followed faces on the internet and always keeps her followers engaged. She often shares a variety of diverse looks that leave fans in awe. Her look was simple, yet on point and fans couldn’t stop gushing over her post. Take a look at the fan comments below. 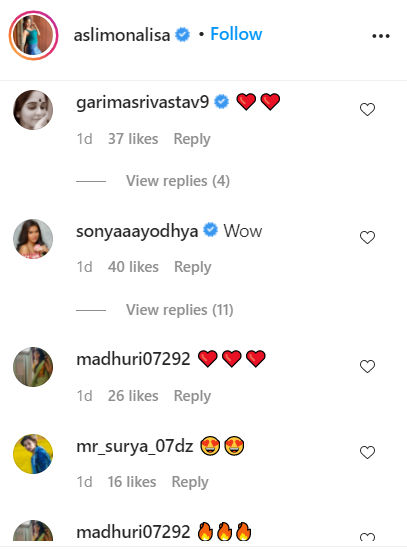 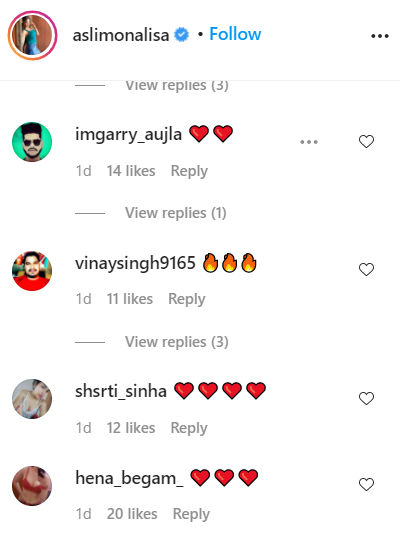 Monalisa knows how to excel in all her looks. Earlier, she shared another set of pictures wearing Indian attire. She was seen wearing a marron saree that had a golden print. She opted for the complete Indian look by wearing similar bangles, neckpiece, a bindi and Indian footwear. Her hair was tied from the front and left loose at the back. She posed in front of a red-golden temple-like structure. In her caption, she wrote, “Wherever Life Plants You ... Bloom With Grace” and went on to tag her hair and makeup artist. 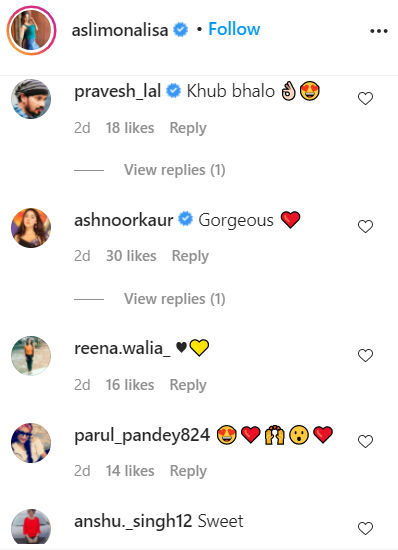 A look at Monalisa's career

Monalisa predominantly works in Bhojpuri language films and has also appeared in a few Hindi, Bengali, Odia, Tamil, Kannada, and Telugu language films. She became famous with her role of Rubina in the 2004 film Tauba Tauba opposite Amin Gazi and later appeared in the 2005 film Blackmail starring Suniel Shetty and Priyanka Chopra. She was most recently seen playing the role of the main antagonist, Iravati Varma in the TV show Namak Issk Ka that airs on Colors TV.