Rupali Ganguly took to her Instagram and celebrated 2 million followers on Instagram and shared a fun video of two famous characters Monisha and Anupama. 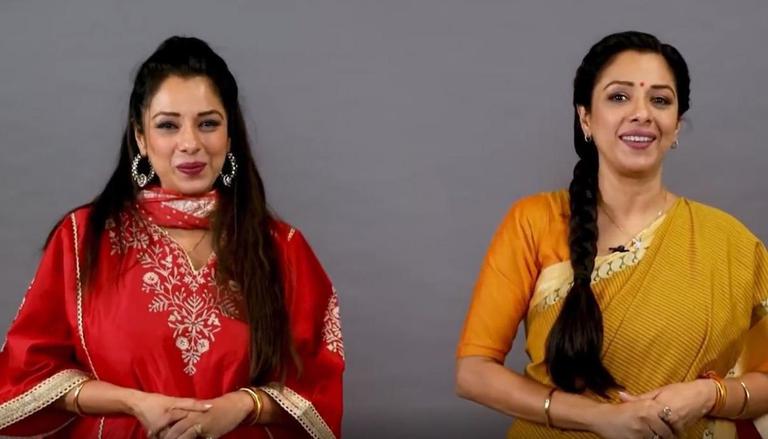 
Television actor Rupali Ganguly, who is currently seen in the popular daily soap Anupamaa, recently completed 2 million followers on Instagram. As she celebrated her feat she shared a fun video of her two most famous characters, Monisha from Sarabhai vs Sarabhai and Anupama. The actor was seen dressed up like her characters and appeared on the screen at the same time and engaged in fun banter as she thanked her fans.

Rupali Ganguly took to her Instagram and celebrated as she completed two million followers on Instagram. She shared a fun video featuring two of her famous characters Monisha and Anupama as she thanked her fans. In the video, Ganguly dressed up as Monisha could be heard saying, "buy one get one free, we will soon be seen together," hinting at a possible collaboration.

As she shared the video, Ganguly wrote, "Commemorating the 2 Million Celebration week with two of your favourite characters... A huge Thank You to everyone for showering immense love and support on me as an actor in everything that I've done. Overwhelmed, Humbled and Extremely Grateful!! I am sure you must have guessed who these two are, do you want to see more of them?"

Meanwhile, fans are convinced that the cast of the hit comedy-drama show Sarabhai vs Sarabhai that aired from 2004-06 is set to star in a reunion special. The show revolved around a quintessential upper-class family living in South Mumbai. The sitcom was loved by the audience for its excellent comic timing and was regarded as being ahead of its generation in terms of its concept and writing.

Last month, Ganguly shared the picture of the entire cast of Sarabhai vs Sarabhai from their reunion. The picture included Satish Shah, Ratna Pathak Shah, Sumeet Raghavan, Rajesh Kumar and other cast members. As she shared the photo, Rupali wrote, "I woke up this morning humming the Sarabhai song and still can’t wipe that smile off my face. May the Sarabhais be forever insanely beautiful. Do see the last video to know how crazy we are, kaka ka welcome." She later also shared videos of cast members, Satish Shah and Ratna Pathak Shah on her Instagram story as they practiced some lines.