Namit Shah From 'Wagle Ki Duniya': Everything You Need To Know About This Child Actor

Namit Shah has been gaining popularity on the small screen with his role in 'Wagle Ki Duniya'. Read the facts and info you need to know about the rising actor. 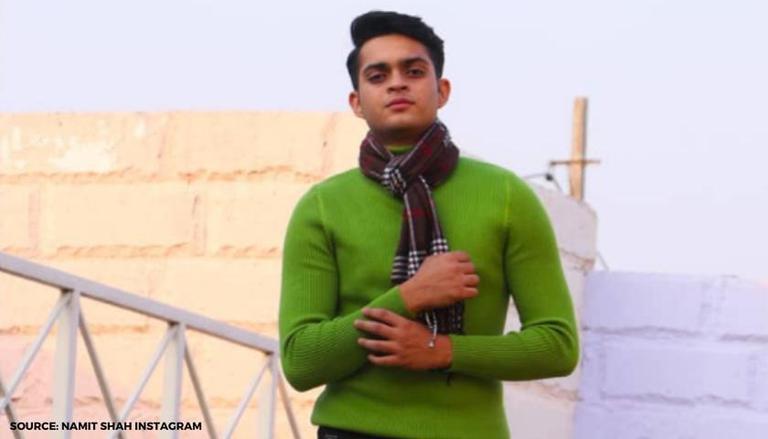 Started as a child artist

The 19-year-old actor started his career in TV in 2012 with Disney's popular show The Suite Life of Karan & Kabir where he played the role of Kabir Jaiswal. Before bagging a role in the Disney Show, Namit shot several commercials for brands like Reebok along with Mahendra Singh Dhoni. He went on to make his silver screen debut alongside Juhi Chawla and Paresh Ganatra in the movie Main Krishna Hoon. In the next years, Namit worked in movies like Ramaiya Vastavaiya, Hasee Toh Phasee and Raja Natwarlal.

Apart from his popular roles in movies and Disney shows, Namit has also appeared in several television series like Jeet Jayenge Hum, Sapna Babul Ka...Bidaai, Mata Ki Chowki and Mitwa Phool Kamal Ke as a child artist. After his stint in Disney, Namit went on to appear in shows like Baal Veer, Fear Files, and Khoob Ladi Mardaani...Jhansi Ki Rani. He also played the role of Harry Ahuja in Goldie Ahuja Matric Pass.

READ | Wagle Ki Duniya–Nayi Peedhi Naye Kissey: All you need to know about this new reboot

The young actor's Instagram is filled with pictures from her fashion photoshoots and pictures with his friends. He recently posted a small snippet from his serial Wagle Ki Duniya's upcoming episode where he urged his fans to watch his new character Vivaan. In one of the posts on Instagram, Namit Shah posted a poster of his song Padh Lu which crossed over 500k views on YouTube.

READ | If you loved 'Wagle Ki Duniya 2021', here are other Indian sitcoms to definitely watch

He thanked his fans for watching his music video. The music video featured Sakshi Mhadolkar and Devish Ahuja along with Namit Shah. In another post about the song, Namit Shah had teased his fans about the release of his new music video. Namit Shah is all set to captivate the audience with his charming personality and acting as Vivaan in Wagle Ki Duniya season 2.

READ | Know 'Wagle Ki Duniya' repeat telecast time, where to watch & everything you need to know