Neha Kakkar and Himesh Reshammiya, who are currently judging the 12th season of Indian Idol were trolled for ruining legendary Kishore Kumar tracks. 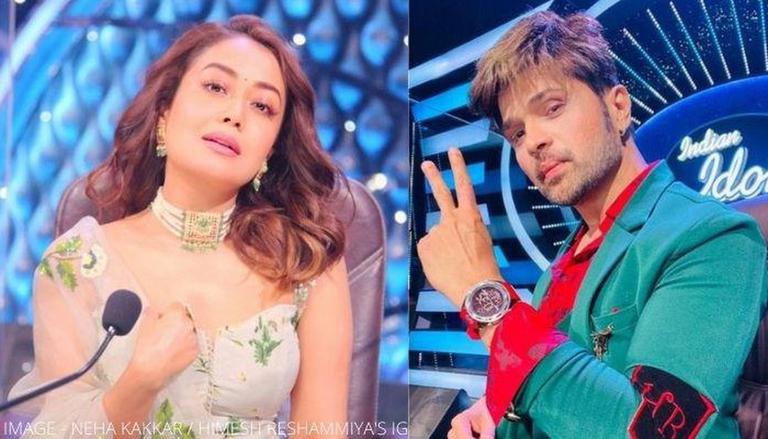 
Indian Idol 12 is one of the most popular singing reality shows in the country and the 12th season of the reality series is currently airing on Sony TV and is judged by Neha Kakkar, Himesh Reshammiya, and Vishal Dadlani. The latest episode paid a tribute to the legendary singer Kishore Kumar, where all the Indian Idol 12 judges and contestants could be seen singing his melodious tracks. However, netizens slammed them for ruining songs sung by Kishore Kumar, and here is everything you need to know about it.

According to a report by Bollywood Life, Indian Idol 12 judges Neha Kakkar, Himesh Reshammiya, and some of the contestants were slammed for ruining Kishore Kumar's iconic songs in the latest episode of the singing reality show. The episode was a tribute to the legendary singer and his son, Amit Kumar was one of the guest judges on the show. The contestants sang 100 of Kishore Kumar's greatest songs and Himesh as well as Neha joined in to sing along with them. The host Aditya Narayan narrated a few of Kishore Kumar's anecdotes and unknown trivia as the episode unravelled.

However, a few hours after the Kishore Kumar special episode was aired, netizens took to social media to express their disappointment with how the contestants, as well as judges, ruined the legendary singer's songs. Twitterati stated that the contestants were praised even though their singing was not up to the mark and also pointed out how Neha Kakkar cried at the drop of a hat about the littlest of things. While one person wrote that he misses the days when Shreya Ghoshal was the judge, another one stated that the standard of Indian Idol is falling with every season, with participants being hyped as if no one can sing better than them.

Sorry to say, but Himesh is murdering the legendary Kishor Kumar songs on #indianidol. The contestants are so much better.

Neha Kakkar do whatever you want to do with your songs

The standard of Indian Idol is falling with every season.
The contestants sang so badly but the judges hyped them up as if no one could sing the song better than them.

You know #indianidol is a crap when they had Sonakshi Sinha as a judge and Neha Kakkar - Himesh Reshamiya singing THE KISHOR DA's song.

Abhas Kumar Ganguly, popularly known as Kishore Kumar is regarded as one of the greatest Indian singers of all time and has given hit numbers in every genre from soft numbers to peppy tracks to romantic moods. Apart from Hindi, he sang in multiple languages like  Bengali, Marathi, Assamese, Gujarati, Kannada, Bhojpuri, Malayalam, and Urdu. Some of his most popular tracks are Zindagi Ek Safar, Om Shanti Om, De De Pyaar De, Inteha Ho Gayi, Roop Tera Mastana, Agar Tum Na Hote, Sagar Kinaare, among many many others.