Singers Neha Kakkar and Rohanpreet Singh shared a video on Instagram where the couple were seen fighting playfully. Read ahead to know more about the video. 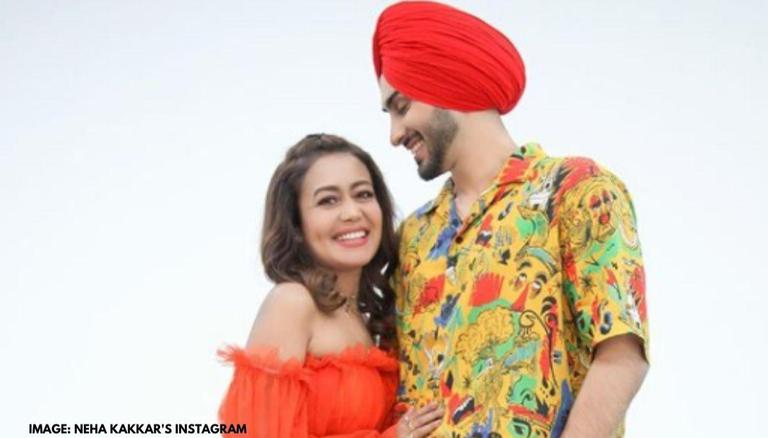 
Neha Kakkar and Rohanpreet Singh’s song Khad Tainu Main Dasa released today. The adorable couple has been promoting their song in full swing for several days. Earlier, Neha Kakkar shared a video on her Instagram, in which she was seen fighting with her husband Rohanpreet Singh. The couple was not only seen quarrelling but they were seen fighting with fists and punches. However, they released another video today in which the couple were seen quarrelling happily and celebrating the release of their music video in the woods.

Neha Kakkar shared an Instagram reel with her husband and wrote, "#KhadTainuMainDassa Out Now! Link in bio 😍🥰
@rohanpreetsingh Aaja Phir Chal! 😡😝 #NehuPreet #ReelItFeelIt"(sic). The couple was seen dancing on their new song which released today. Neha Kakkar looked adorable in her brown frill co-ord set. Rohanpreet Singh wore a funky printed shirt and a pair of loose jeans. Neha completed her look with white sneakers and a sling bag while Rohanpreet wore a pair of black shoes. In the video, Rohanpreet Singh and Neha were seen dancing as well as fighting. 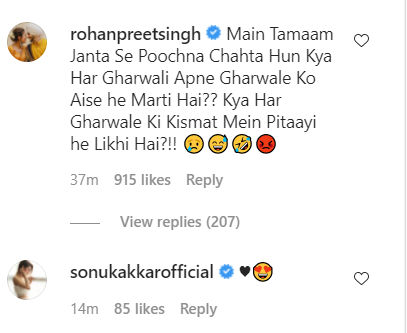 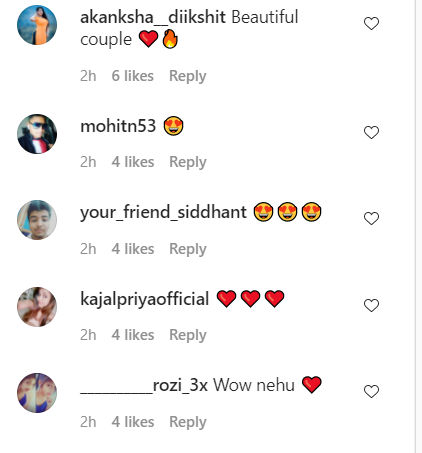 Rohanpreet replied to Neha's post and asked if other husbands, too, face such kind of abuse in their homes by their wives. His comment read, "Main Tamaam Janta Se Poochna Chahta Hun Kya Har Gharwali Apne Gharwale Ko Aise he Marti Hai?? Kya Har Gharwale Ki Kismat Mein Pitaayi he Likhi Hai?!! 😢😅🤣😡(sic). Neha Kakkar's older sister Sonu Kakkar also left a 'heart' comment under their video. Many other fans of Neha Kakkar and Rohanpreet left comments for them in the comment section, praising them and their new video.

Neha Kakkar’s song Khad Tainu Main Dassa is voiced by Neha and Rohanpreet Singh themselves. The lyrics of the song are penned by Kaptaan while the music is given by Rajat Nagpal. The song released today and has already garnered more than 25K views on YouTube. Neha Kakkar's latest song depicts the love-hate relationship between a husband and wife who end up staying together and forgiving each other at the end of each fight or argument.

READ | Neha Kakkar wishes her parents with a special post on their anniversary; view pics