Imelda Staunton will be playing the role of Queen Elizabeth II in the 5th and final season of ‘The Crown’. Read on to know more about the casting of other roles 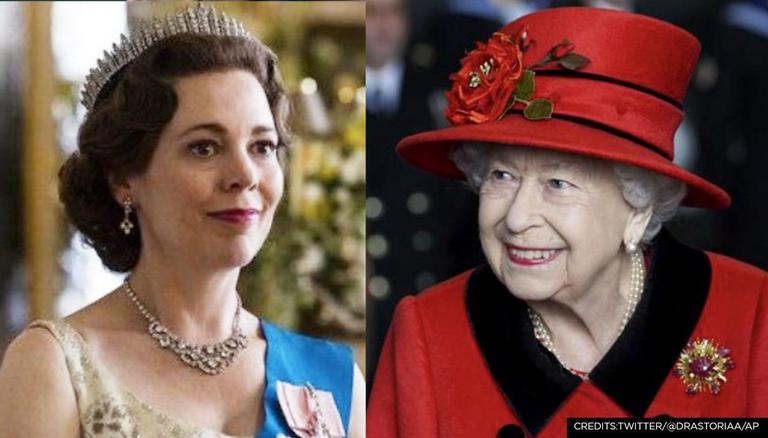 
British actor Imelda Staunton aka Professor Umbridge from Harry Potter will be playing the role of Queen Elizabeth II in the fifth and final season of The Crown and the fans are quite excited.  "An early glimpse of our new Queen Elizabeth II, Imelda Staunton”, Netflix’s The Crown wrote in an Instagram and Twitter post as it shared the first look of the Olivier winning veteran actress as the ‘British queen’. "Very strong line-up", Staunton's fans wrote on Twitter about Netflix's early preview of Imelda Staunton in character as the Queen. They were also exhilarated about the new roles of Prince Charles, Dominic West, and Prince Philip.

The show is an entire recast of the lead characters for its final two installments. Staunton will be joined by Jonathan Pryce from Game of Thrones as Prince Phillip, Queen Elizabeth's husband who died in April this year. The show will feature Lesley Manville from Phantom Thread as Staunton's or Queen's sister Princess Margaret as well as Elizabeth Debicki from the movie Tenet as Prince Harry, Duke of Sussex's mother Diana, Princess of Wales. Johnny Lee Miller from Elementary will star as ex UK Prime Minister John Major.

The Oscar-nominated actor, Staunton took over the role of the English actress Olivia Colman, the star of Seasons 3 and 4 who had earlier told her fans that she, in fact, was “quite pleased” for leaving the queen’s royal role behind her for someone else to come on board. Colman’s remarks came after The Crown showrunner Peter Morgan made clear that he would be recasting the royal drama characters probably every two years. As he brought the new slate of performers, Morgan announced that Staunton popular for her performance in Hollywood movies like Downton Abbey and the Harry Potter would be the new queen for his show.

“Because behind closed doors, we don’t know what she’s like. I had a little bit of play with that. But definitely, the hardest part I’ve done is someone who’s real. I’m not ashamed to say that I’m quite pleased now to be able to move on to something else,” Morgan said in a virtual conversation with  Mountview Academy of Theatre Arts explaining his decision of renewing the cast, according to Radio Times.

Season 5 of The Crown has started production in the UK

Staunton, who replaced Netflix’s The Crown queen and Golden Globe winner Colman is widely known for her Oscar-nominated role in 2004’s Vera Drake. The role was first played by the actress Claire Foy in the first two seasons in which England was grappling with the effects of World War II and the monarch was younger. As the British Queen aged, Colman steeped into performance to portray Elizabeth’s strong facade to the audience. "As an actor, it was a joy to see how both Claire Foy and Olivia Colman brought something special and unique to Peter Morgan’s scripts". Staunton said in a statement. "I am genuinely honored to be joining such an exceptional creative team and to be taking The Crown to its conclusion”, she added. Season 5 of The Crown has started production in the UK.

READ | Olivia Williams to play Camilla Parker, The Duchess of Cornwall in 'The Crown' season 5

This fits too perfect. Marvelous actress, go see some other work of hers than Harry Potter lol. She shines in everything she's in.

umbridge ran away from Hogwarts to be the queen of England😣🙏

Thank you to Claire Foy and Olivia Colman for giving a beautiful and touching performance of Queen Elizabeth II. Can't wait for season 5 Imelda will be perfect in the role. pic.twitter.com/nX5lyGYXtU

Queen Elizabeth II's transformation is so fascinating. It's like seeing different persons and not the same person in different ages.

My god, the casting on this show has been impeccable.

READ | 'The Crown' fans left in shock as the acclaimed show fails to pick up any gong at BAFTA
READ | Emmys 2021 nominations: The Crown and The Mandalorian win big with 24 nods each

WE RECOMMEND
Emmys 2021 nominations: The Crown and The Mandalorian win big with 24 nods each
UK man sentenced to 5 years for string of cat killings
'The Crown' Season 5 cast revealed; Harry Potter fame Staunton to be next Queen
Why did they recast 'The Crown'? Here is why season 3 and 4 were so different
Bridgerton 2 release: Phoebe Dynevor starrer show faces hurdle, shooting halts