Parth Samthaan Credits His 'cutest Moment' Of 2020 To These Adorable Dogs! WATCH

Parth Samthaan took to Instagram to share a cute video of him getting pounced at by four dogs. He captioned the video saying it is his 'cutest moment' of 2020

Parth Samthaan got attacked by four adorable balls of fur and called it his 'cutest moment' of the year 2020. In an old video shared by the 29-year-old actor, Parth asked his followers about some of the cutest moments they had in the year 2020. He got an overwhelming response from his fans as his comment section was flooded with loving responses. Take a look at Parth Samthaan's Instagram post where his followers could not get enough of the cuteness packed in the video.

Parth Samthaan uploaded a video of four dogs jumping on him while licking his face adorably. In the video, three Lhasa Apso and a Husky can be seen pouncing at Parth as the actor sat on a sofa. Parth playfully dodged the dogs but continued to pet them. The actor added Bruno Mars' Count On Me song to the video. In the caption, the Kaisi Yeh Yariaan actor revealed that the 'cutest moment' of the year 2020 is 'these babies' referring to the dogs in the video.

Also Read: Parth Samthaan Urges Fans To Not Send Cakes, Gifts On His B'day; Asks To 'donate To Needy'

Several adorable and funny comments came flooding in for the actor as one fan jokingly commented that the dogs will eat him up. Many fans commented about how cute the video is while one fan wrote that it was the cutest video on the internet. One fan also shared her cutest moment answering Parth's question; she wrote that her cutest moment was getting to know the actor. 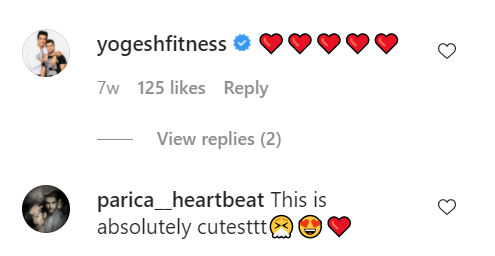 A look at Parth Samthaan's videos and photos on Instagram

With a following of over 2.7 million on Instagram, Parth constantly updates his fans with his personal and professional activities. The actor mostly shares pictures from his work, fashion photoshoots, and snaps with his friends and co-star. Recently, Parth took to Instagram to share a personal message where he urged his fans to donate money to the needy instead of sending him gifts and cakes. He also shared a video of him enjoying his vacation in the Maldives.

Also Read: Sidharth Malhotra Enjoys 'sunny Vibes' At The Beach, Says It's 'not So Shady'