'Pavitra Rishta 2.0': Usha Nadkarni Aka Savita Will Be Missing From The Show; Here's Why

'Pavitra Rishta 2.0' will see Ankita Lokhande reprise her role as Archana in the show. But the new season will not feature Usha Nadkarni. 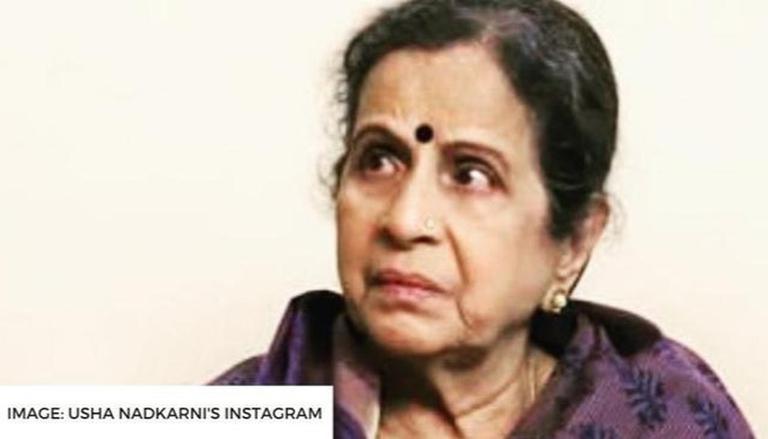 
Populer televisuon serial Pavitra Rishta, is all set to make a comeback with a new season. The original show, which aired for over 1400 episodes, will make a comeback with a much lesser number of episodes this time. Fans will get to see Ankita Lokhande as Archana, aka Archu once again. But, one key character will be missing from the show.

Veteran actor Usha Nadkarni, who played the role of Manav's mother Savita in the show, will not be seen in the new season. In an interview with Pinkvilla, Usha Nadkarni spoke about the reason for her absence from the show. She said that her family is not allowing her to step out of the house because of the COVID-19 scare. The actor, who is now 72 years old also revealed that she has diabetes which increases her risk of getting the infection. Hence, she has rejected the offer to reprise her role as Savita Deshmukh on Pavitra Rishta 2.0.

She also revealed that she had received an offer to appear in a reality show for 15 days, but she rejected the same after her son asked her not to participate, as one does not know where one can get infected. She also mentioned that she rejected the offer of another Marathi show for the same reason. Speaking further about Pavitra Rishta 2.0, Usha Nadkarni revealed that the show will air for 16 episodes this time.

Pavitra Rishta aired for over 1400 episodes from 2009 to 2014. The show's cast comprised Ankita Lokhande as Archana and Sushant Singh Rajput as Manav. Savita Prabhune portrayed the role of Sulochana, Archana's mother whereas Usha Nadkarni portrayed the role of Savita, Manav's mother. The show brought Ankita and Sushant a wider recognition. Sushant left the show and was replaced by Hiten Tejwani. Asha Negi and Rithvik Dhanjani also played prominent roles in the original serial. There are no further updates about Pavitra Rishta 2.0 other than the news that Ankita Lokhande will reprise her role. The storyline and the additional cast are yet to be revealed.