Payal Rohatgi is all set to tie the knot with longtime beau and wrestler Sangram Singh after more than a decade of dating, on July 21, 2022. 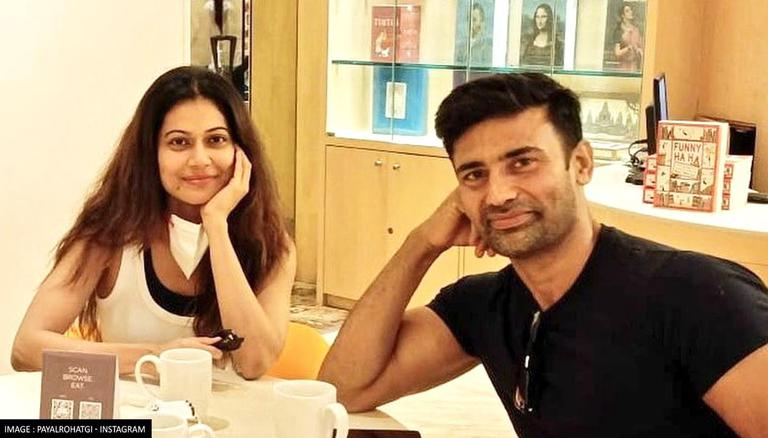 
Lock Upp contestant Payal Rohatgi is all set to tie the knot with longtime beau and wrestler Sangram Singh after more than a decade of dating. According to Hindustan Times, the duo's nuptials will take place this year on Sangram's birthday, July 21 in a simple setup. The duo is done with their pre-wedding shoot, with their wedding shopping all set to begin shortly. Their outfits are being designed by a Delhi-based brand named 'Study by Janak'.

Confirming the news, Sangram mentioned he's extremely happy to take their relationship to the next level, mentioning that their parents also eagerly wanted them to get married. He added that they'd been planning this for quite a while, however, something or the other constantly kept happening.

Talking to the publication, Sangram stated, "After spending much time with Payal, I don’t think I can find a better girl than her. I don’t think she’ll find a better man than me (laughs). She is extremely genuine. I believe marriage is just a thapa (stamp) that is needed for society, but I think it is important, especially for a girl’s respect." He added that when two people have mutual respect and their 'souls connect', it's the right time to get married.

Spilling details about the nuptials, Sangram said it'll be a 'simple' affair and will happen in a temple as per the rituals of  Arya Samaj. He said while the exact location has to be finalised, the ceremony will take place in either Gujarat or Haryana.  "We will follow all the pre-wedding functions like Haldi and Mehendi that take place. We are not certain about the dates yet,” he concluded.

For the uninitiated, Payal and Sangram met each other on the sets of the captive reality show Survivor. He recently proposed to Payal while she was in Kangana Ranaut's reality show Lock Upp. Sangram had earlier spoken about his marriage plans, and in a statement on social media, mentioned, "We planned for marriage in March but due to our both work commitments, will do it in July near my birthday. God bless all."