The recent episode of 'Lock Upp' saw an intense clash between Prince Narula and Payal Rohatgi during a task, leading to the former becoming 3rd finalist. 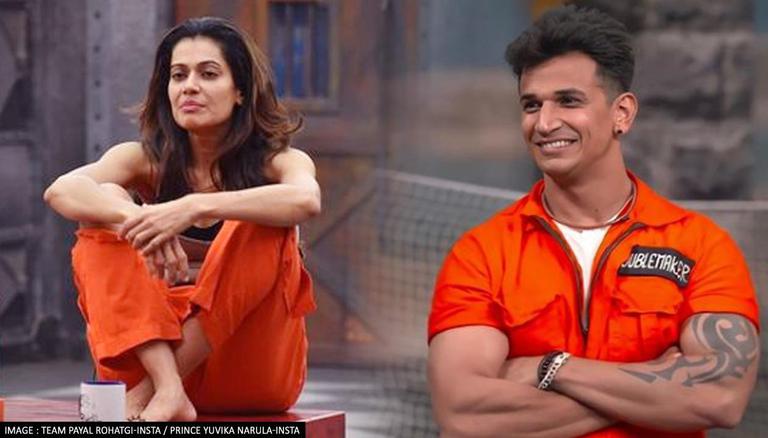 
Kangana Ranaut's reality show, Lock Upp is currently gearing up for its Finale season. From the Queen actor's judgments to shocking revelations by the contestants, the show's intriguing content is being loved by fans and followers across the country. As the show is about to come to an end, the previous episode saw Prince Narula becoming the third finalist. This came a few days after Shivam Sharma and Munawar Faruqui were announced as the show's first and second finalists respectively.

The recent episode of Lock Upp saw an intense clash between Prince Narula and Payal Rohatgi during a task which was conducted by jailor Karan Kundrra.

During the arena task, Payal Rohatgi went to perform it first. One of the parts of the task included one player from each side to be the archer. On one hand, Payal chose Shivam Sharma, on the other hand, Prince Narula picked Munawar Faruqui. Payal failed the task which was totally based on the timing, while the Roadies winner won the Arena task by 6 minutes. While Prince joined Munawar and Shivam as the third finalist, Payal broke down into tears after losing the task. Watch:

Recently, Payal Rohatgi confessed that she cannot get pregnant. While facing the camera, she said that her boyfriend Sangram Singh loves kids and she wants to give him all the happiness, but she can't conceive. The 37-year-old said, "I just want to say something. Bahut mann karta hai (I really feel like), I should have kids. But I can't get pregnant. We are trying for 4-5 years to have kids, I tried IVF, nahi ho raha (but it doesn't happen). And once a troll called me ‘baanjh (barren)’. I feel sad for Sangram because he loves kids, I can't have kids, he deserves to have his own kids." Watch: