Marathi actors Priya Bapat and Umesh Kamat were recently seen on MX Player original series Aani Kay Hawa season 2. Priya made an announcement on her social media declaring yet another season. She shared a picture with the team of the series.

Priya Bapat took to her Instagram handle to reveal that Aani Kay Hava season 3 will be releasing soon. She shared a picture with the team of the show which also includes her husband and co-star Umesh Kamat. She wrote that the shoot has begun today on March 9. She also mentioned that the entire team has been waiting for this day for a very long time. Take a look at Priya Bapat's Instagram post revealing the new season.

As soon as Priya shared the piece of news with her fans and celebrities, they commented on the picture in numbers. Celebs like Amey Zone, Hruta Durgule and Aarti More commented on their post wishing them good luck for their shoot. Fans mentioned that they're extremely excited for the new season of Aani Kay Hava. They also flooded the comments section with heart and fire emojis. Take a look at some of the comments below. 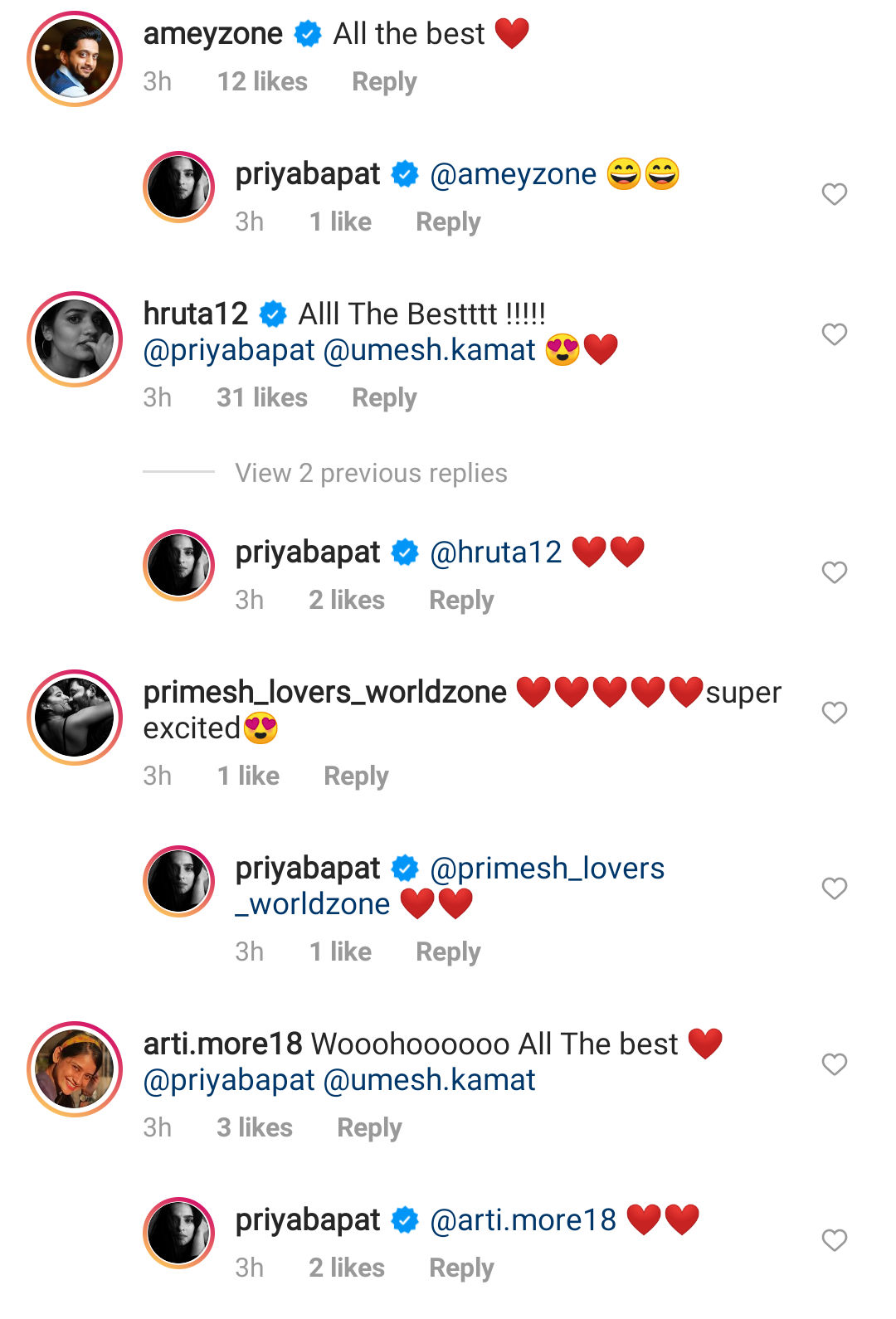 Aani Kay Hava stars Priya Bapat and Umesh Kamat in the lead roles. The show is directed by Varun Narvekar and produced by Archit Bansal. The show revolves around a married couple in Pune. Jui and Saket are a working couple and the show focuses on their relationship and the emotional roller coaster ride they go through together. Take a look at the trailer here.

READ | If you loved 'Dev Manus', here're other notable Marathi shows to watch

Priya is known for films like Vazandar, Happy Journey, Kaksparsh and Aamhi Doghi. The actor was also seen in Hindi films like Munna Bhai M.B.B.S. and Lage Raho Munna Bhai. Priya Bapat's shows such as Adhuri Ek Kahani, Abhalmaya and Vicky Ki Taxi garnered her immense popularity in the television industry. She was also seen in web series like Mayanagari-City of Dreams apart from Aani Kay Hava.