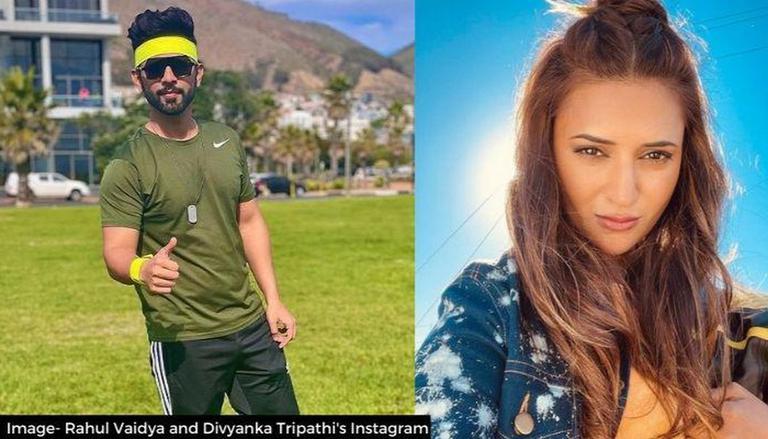 
The stunt-based reality show, Khatron Ke Khiladi 11, is currently being shot in Cape Town, South Africa. The contestants are expected to perform various dangerous stunts with wild animals as well to save themselves from getting eliminated. Recently, a fan page of the show shared a video of Rahul Vaidya who could not stop praising his fellow contestant Divyanka Tripathi over a stunt she performed with a wild beast.

In the video, Rahul is heard saying that Divyanka 'killed' her performance. He goes onto say that he cannot reveal the animal Divyanka performed the stunt with. He added that the animal got scared of her but she did not show any sign of fear.

Rahul Vaidya has been sharing pictures and videos from his time on the sets of Khatron Ke Khiladi 11 to give his fans a sneak peek into the activities they do. Recently, Vaidya shared pictures with the KKK11 squad as they prepared to play rugby. In the pictures, Varun Sood, Divyanka Tripathi, Anushka Sen, Shweta Tiwari, Arjun Bijlani, Vishal Singh, Aastha Gill and Sana Makbul are seen giving quirky expressions into the camera. While sharing the pictures, he wrote in the caption, "Let’s play Rugby.
(For shooting only)". Fans showered a lot of love on the post as soon as it was shared and many of them also deemed them to be 'squad goals'.

Rahul also shared his experience of being a part of this show. He shared a series of pictures wearing the jacket with the words 'Fear Factor' written on the back. He described the feeling as a 'once in a life time experience'. In the caption, he further wrote, " It’s unexplainable how I feel being a part of this incredible show. Can’t wait for u all to see it in July on @colorstv". He also informed his fans that he had taken off his mask only to click the pictures.

13 contestants have been chosen in this season as well. The final list of the participants are: