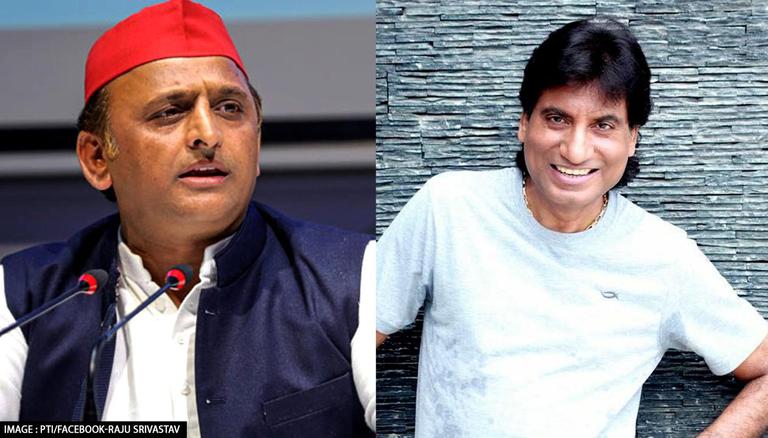 
Popular stand-up comedian and actor Raju Srivastava breathed his last on Wednesday, September 21, after a month-long battle at AIIMS New Delhi. Srivastava, 58, suffered a cardiac arrest while working out at the gym on August 10 and was put on a ventilator after his condition worsened.

Samajwadi Party chief Akhilesh Yadav mourned the comedian's demise and grieved the passing of a talented soul. "It's regretful that Raju Srivastava is no more with us. He came from a poor family and with his talent and hard work, he created his presence in the world. There are very few talented comedians like him," he said.

Recalling Srivastava's short stint in the SP, Akhilesh Yadav said, "I remember how he wanted to contest from Kanpur when he joined the Samajwadi Party. He was so humble and rooted to the ground. He used to bring forth common issues using his talent and skills."

Regarded as the 'King of Comedy,' Srivastava had been working in the entertainment industry since the 1980s. He also had a brief stint in politics and was given a ticket from the Samajwadi Party to contest the 2014 Lok Sabha election from Kanpur.

However, in March 2014, Srivastava returned the SP ticket, saying he was not getting enough support from the local units of the party. He later joined Bharatiya Janata Party the same month.

Raju Srivastava became a household name due to his remarkable performance in Season 1 of the stand-up comedy show 'The Great Indian Laughter Challenge.' Since then, he has also appeared in films like Bombay to Goa, Baazigar, Maine Pyar Kiya, Aamdani Atthani Kharcha Rupaiya, and more.