On the occasion of Raksha Bandhan 2022, Shehnaaz Gill celebrated the festival of love in the sweetest way by tying rakhi to her manager Kaushal. 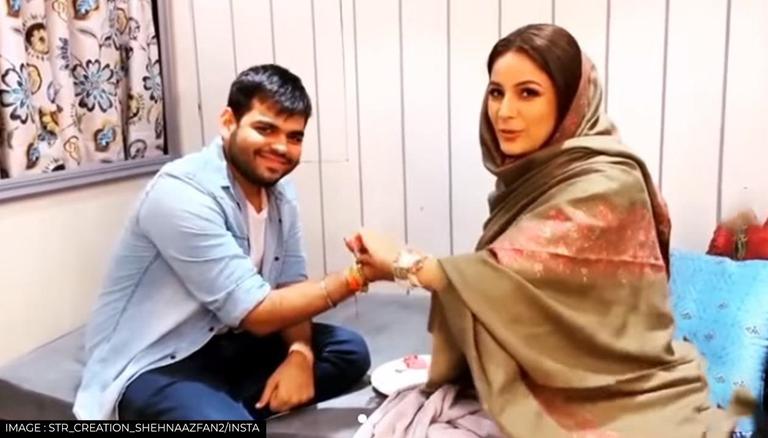 
On the occasion of Raksha Bandhan 2022, Shehnaaz Gill celebrated the festival in the sweetest way. The actor took to her Instagram stories and shared a video of tying rakhi to her manager Kaushal. Though the actor missed her brother Shehbaz Badesha on the day, miles away from home, she celebrated the day with her manager.

The video showed Shehnaaz tying a rakhi on Kaushal's wrist in the second attempt. She mentioned how she doesn't know how to do it since she used to tie a rakhi only during her childhood days. In the video, the Bigg Boss 13 contestant even mentioned how this is the first time that Gill is tying rakhi to her manager Kaushal.

After she is done, he asks her to touch his feet, claiming younger siblings are supposed to touch the feet of elder siblings. But Shehnaaz asks him to touch her feet instead. Later, he takes out his wallet to give her shagun for tying a rakhi but refuses to reveal how much he's giving to her. Besides, she was also missing her brother Shehbaz Badesha, whom she also mentioned in her post. 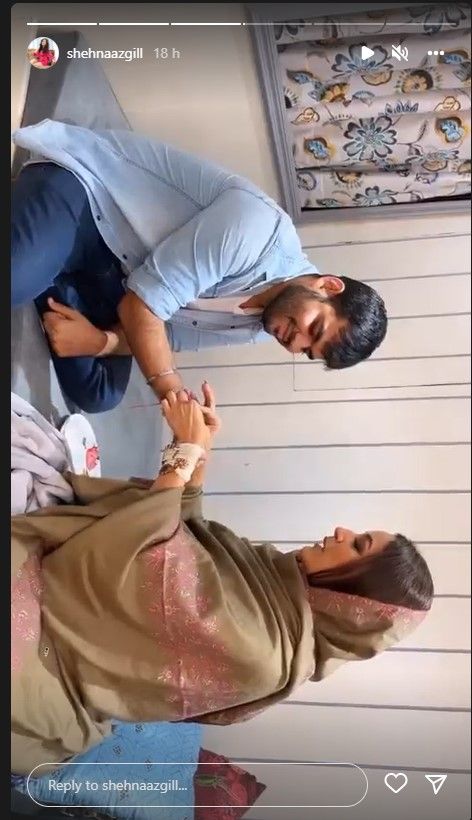 While sharing the video, Shehnaaz captioned, "Miles away from home…but still feels home. Happy Rakshabandhan to everyone. Miss you @badeshashehbaz." Shehnaaz recently promoted her brother’s new song, Aunda Janda. She had shared the poster and written, “All the best bro @badeshashehbaz.”

Meanwhile, Shehnaaz is currently working on her big Bollywood debut, Kabhi Eid Kabhi Diwali which is slated to release by the end of this year. Shehnaaz shot to fame with her appearance on Bigg Boss 13 and became popular for her bonding with fellow house inmate, Sidharth Shukla. Sidharth passed away on October 2, 2021, following a cardiac arrest. As per reports by various media outlets, Gill is also set to jet off on a tour with Sanjay Dutt and Arshad Warsi in America. Apart from Kabhi Eid Kabhi Diwali, she will star in Rhea Kapoor's next which will also star Anil Kapoor and Bhumi Pednekar and will be directed by Karan Boolani.