Ratna Pathak Shah On Sarabhai Vs Sarabhai 3: 'It Is Best To Leave Something Where It Is' 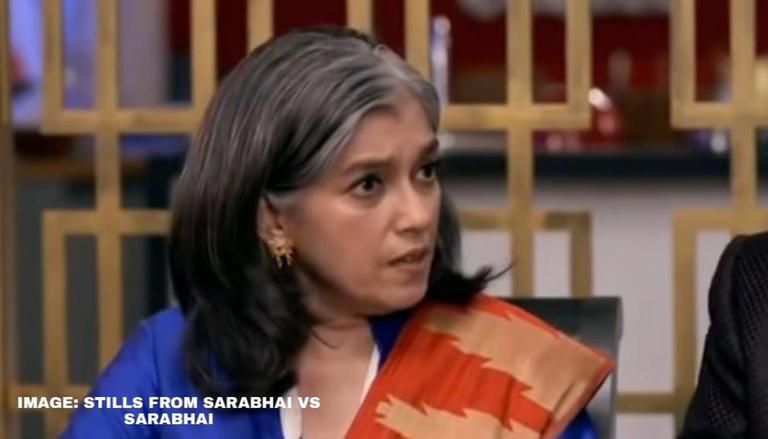 IMAGE: STILLS FROM SARABHAI VS SARABHAI


Ratna Pathak aka Maya Sarabhai from Sarabhai Vs Sarabhai recently, in an interview with Pinkvilla, opened up about the possibility of Sarabhai Vs Sarabhai 3. The actor said that sometimes it is best to leave some thing where it is and shared that she did not feel Sarabhai 2 was quite the same as Sarabhai 1. She also talked about the star system in the Hindi film industry. She said that the filmmakers of the current generation, unlike the filmmakers of her generation, 'are able to see beyond stars'.

Ratna said that during the old days, filmmakers saw stars 'even in the alternate film world, i.e. the art film world'. She added they also created their own star system and she recalled the number of films made without Naseeruddin Shah, Om Puri, Shabana Azmi, Smita Patil. She also recalled several other veteran actors such as Deepti Naval, Pankaj Kapur, and Paresh Rawal. She called Paresh 'a brilliant actor' and stated that the actor had to go to Hindi commercial cinema before he got roles in movies.

READ | Ratna Pathak Shah as 'Maya Sarabhai': "I wondered if we were harsh on middle-class"

Sarabhai Vs Sarabhai is a sitcom that was aired on STAR One from November 2004 to September 2006. It also premiered on the online streaming site, Hotstar for two seasons from May 2017 to July 2017. Created by Jamnadas Majethia and Aatish Kapadia, the show was helmed by Deven Bhojan. It features Satish Shah, Ratna Pathak Shah, Sumeet Raghavan, Rupali Ganguly, and Rajesh Kumar. The story focuses on a quintessential upper-class family living in South Mumbai. The show has become a cult classic and is considered to be one of the great Indian comedy shows of all time.

IMAGE: STILLS FROM SARABHAI VS SARABHAI