Roadies' Varun Sood shares a picture on his Instagram expressing happiness on winning a basketball tournament. His mentor Ranvijay Singha expresses his pride.

Roadies' Varun Sood shared a picture on his Instagram on March 20, 2021. The actor was seen holding a trophy as he shared his happiness on winning a certain sports event. Wearing a white sleeveless jersey with black shorts and colourful sneakers, Varun pointed towards the trophy beaming with pride. Ranvijay Singha who Varun considers his mentor, also commented on the post expressing his pride.

READ | Varun Sood to feature in the next instalment of Ekta Kapoor's 'Naagin'?

On multiple occasions, Roadies' Varun Sood has expressed his love for basketball. In the caption of the above post, Varun has mentioned how amazing it felt to get back to the sport he loves the most. He also talked about how he got injured but it was all worth it in the end as his team bagged the trophy. 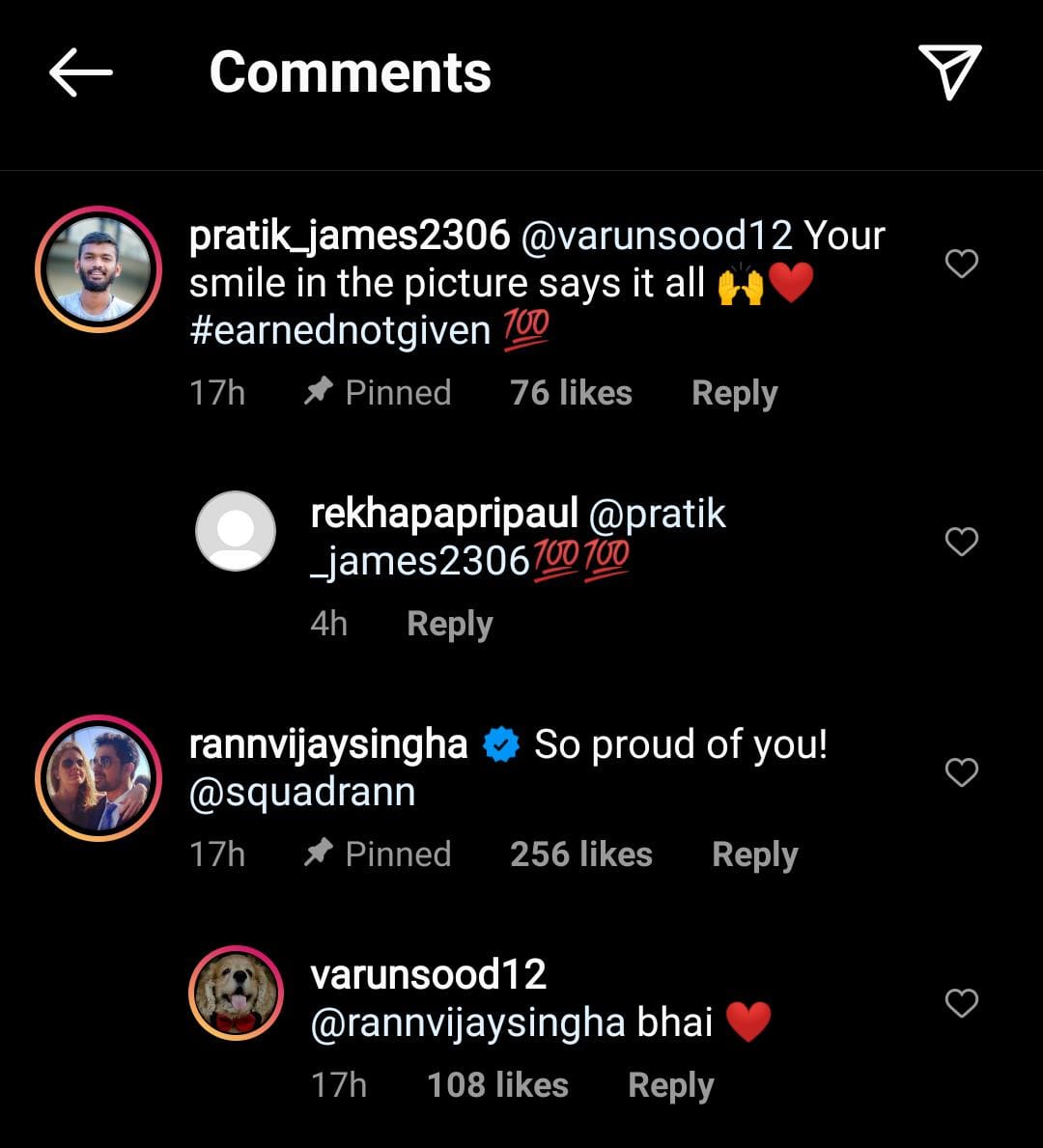 While many of Varun's friend's, family and fans flooded his comments sections with praises and wishes, one comment that stood out was from his mentor Ranvijay Singha. Ranvijay Singha who has known Varun Sood from his early Roadies days commented saying, "So proud of you!" He also tagged the Instagram account of 'Squadrann', which is a group of athletes and social media influencers the actor has taken under his wings. Reacting to this comment an overwhelmed Varun wrote, "Bhai", thanking him for the support.

READ | Varun Sood slams award organisers for unnecessarily tagging him in post; calls it a 'scam'

Here's another post from Varun Sood's Instagram, where he was seen wishing his 'bhai' Ranvijay Singha on his birthday. The duo has bonded not only on Roadies but also otherwise. Recently, Varun had also joined the last season of Roadies as one of the youngest gang leaders. He had taken Raftaar's place as the latter had other commitments to fulfil. 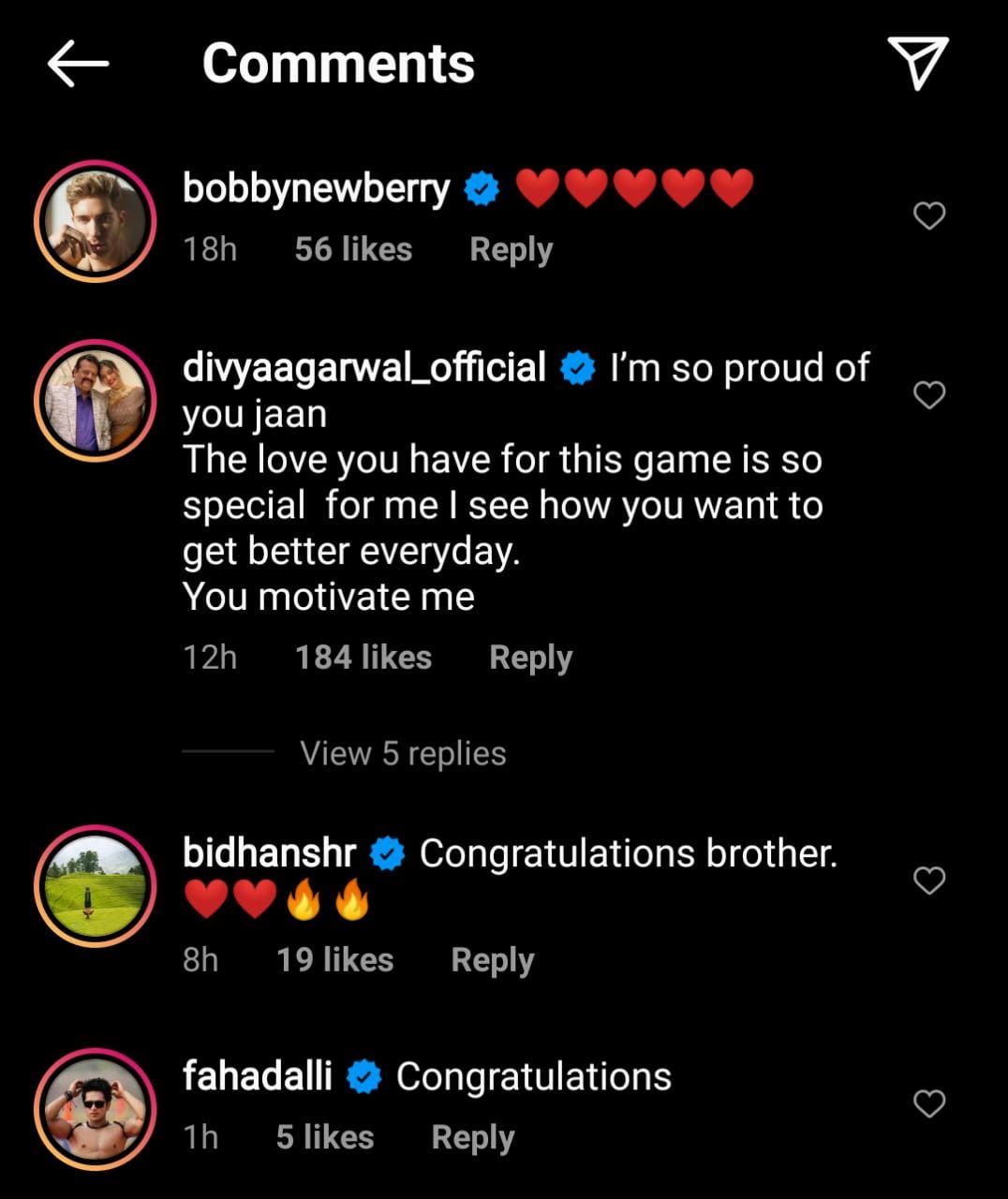 Another comment that stood out from the rest was from Varun Sood's girlfriend, Divya Agarwal. The two have been together since one of Varun Sood's shows, 'Ace Of Space'. The couple is often seen supporting each other in all their ventures. In the comment section of this post, Divya expressed how proud she is of Varun. She also mentioned how his love for the game(basketball) is special for her, and how he motivates her with it.