Rubina Dilaik Is 'feeling Loved' As She Dances In The Sun; Husband Abhinav Shukla Reacts

Actor Rubina Dilaik who is currently seen in the serial 'Shakti' took to Instagram to share a pretty set of photos of herself dressed in ethnic attire. 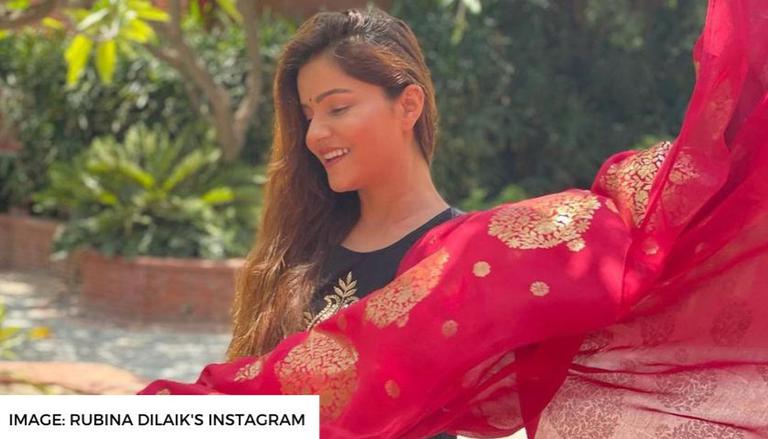 
Actor Rubina Dilaik is feeling loved in her latest photos seen on Instagram and the fans can't stop gushing over her ethnic looks. The actor also shared an Instagram reel dancing to a joyous song from a Bollywood film. She received the love of her fans in the form of comments, whereas her husband sent his love all the way from Cape Town.

Rubina Dilaik took to Instagram to share a fun moment grooving to Love You Zindagi song from Alia Bhatt starrer film Dear Zindagi. She is dressed in a flowing black Anarkali kurta and a red dupatta with a golden print design on it. She is standing in a yard surrounded by trees and the sun is directly shining on her. She took the red dupatta and waved it around in an animated manner. Towards the end of the video, she arranged the dupatta over her head.

Fans commented with strings of heart emojis and heart-eyed emojis. Her husband and actor Abhinav Shukla, who is currently away in Cape Town filming for Khatron Ke Khiladi 11 also commented on the post saying "My Beautiful" with a heart-eyed emoji and a hug emoji. In one of her recent live sessions, Rubina admitted that she is missing her husband. The couple has never shied away from displaying PDA on their social media and this interaction is just the proof.

READ | Rubina Dilaik is indebted to 'Shakti'; says 'it gave my career a second chance' 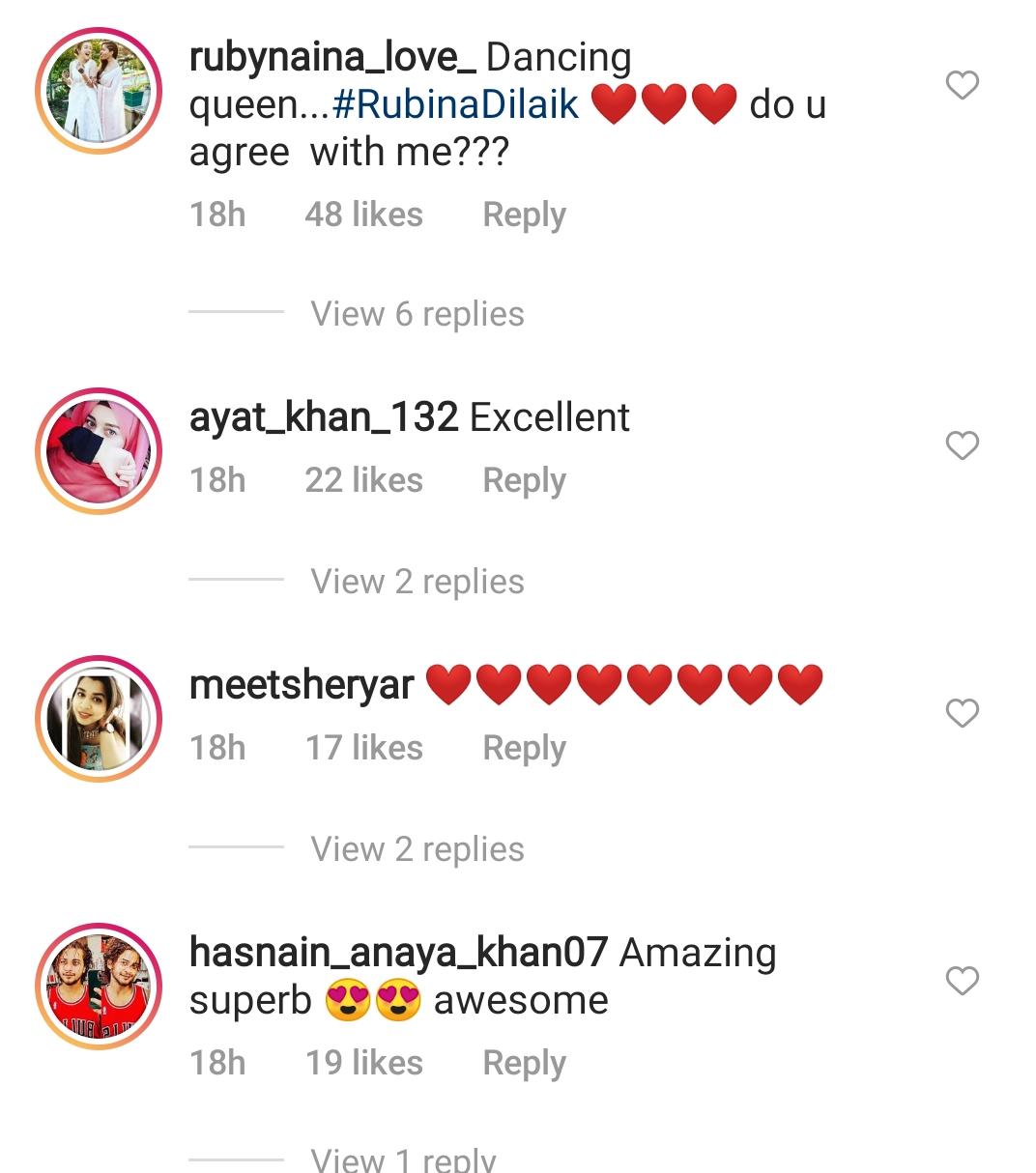 Rubina Dilaik is currently seen as Soumya Harman Singh on the serial Shakti - Astitva Ke Ehsaas Ki which also stars Cezanne Khan, Sarika Dhillon, Kamya Punjabi, in prominent roles. The show airs weekly on Voot. She also launched an episode title "Power of Positivity" wherein she spoke with several people from the LGBT community, in order to spread positivity and awareness about the community. She also regularly posts vlogs on her YouTube channel which glimpse into her personal life away from the silver screen. The actor is spending time with her family after her winning stint at a reality TV show. She and her husband Abhinav Shukla were widely rooted for by the audience of the said reality show.