Rupali Ganguly recently took to her social media page to ask her fans what would they do if they found themselves in a dilemma related to their life. 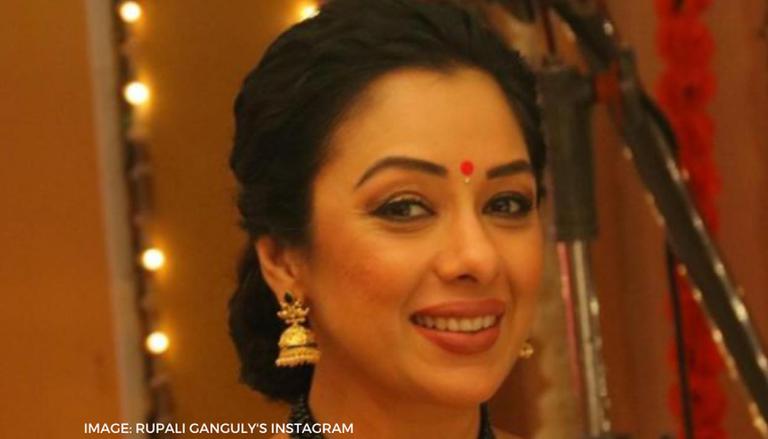 
Television actor Rupali Ganguly most popularly known for her role as Monisha in Sarabhai vs Sarabhai is currently seen in the Star Plus show Anupamaa. The actor recently took to her social media page to ask her fans a question that is entwined with the life of her character in the show and also revealed what would she do if she was stuck in Anupamaa's situation.

Rupali Ganguly channels her inner Anupamaa in a new post

Sharing a close up picture of herself, Rupali in her caption wrote, "When ur son takes a picture of u standing in the corner
In the corner but never cornered And if at all if u r cornered there are only two things u can do - Move or Fight !!!!"

The actor also asked her fans a question and related it to her character Anupamaa by writing, "Anupamaa moved but Rupali would stay and fight - what would u do in a situation where u have to choose the way Anupamaa did ... would u divorce or give ur spouse another chance?" Check out Rupali Ganguly's latest post below.

Fans of the actor and the show were quick to comment on the post and dropped in their answers to Rupali's question. While some fans agreed with Anupamaa's decision of divorcing her husband in the show, there were others who felt that she should have given her marriage another chance. Many fans also commented on the post with heart and fire emojis. Take a look. 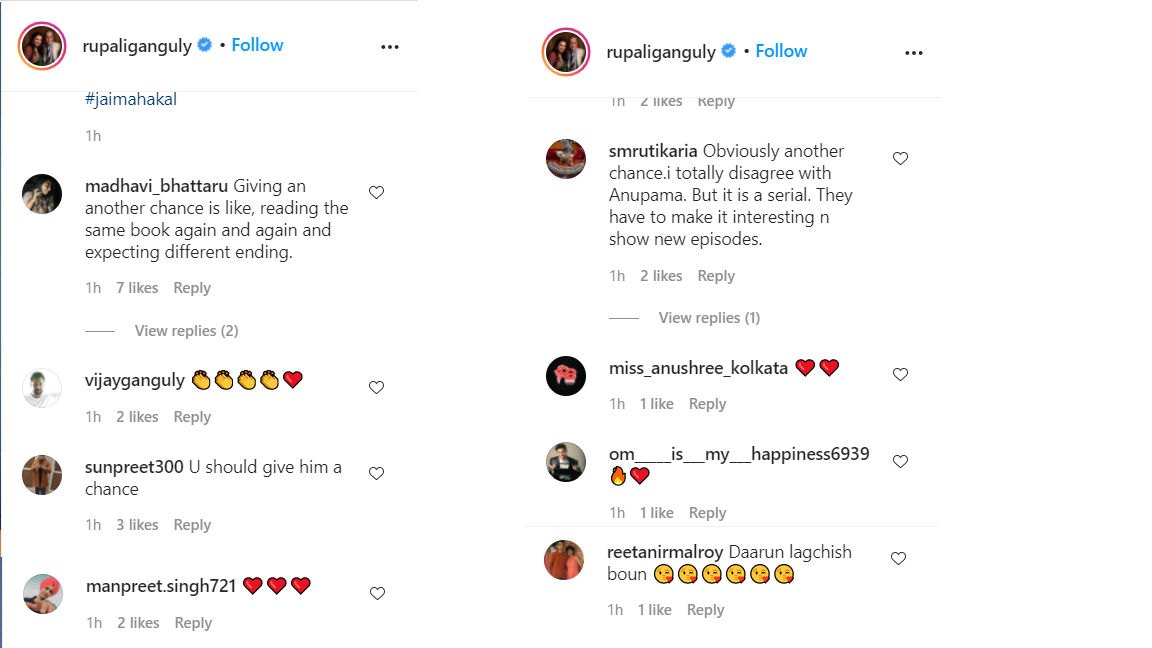 A look at the latest Anupamaa episodes

Rupali Ganguly plays the titular role in the show Anupamaa. The show which premiered in June 2020 has been topping the TRP charts ever since due to the constant twists in the storyline. The story of the show revolves around Anupamaa, a devoted housewife, mother and daughter in law who loves her family but is often treated with disrespect by her own family members. She is often humiliated by her husband Vanraj played by Sudhanshu Pandey for being a housewife with an incomplete degree. However, things take a turn when Anupamaa finds out that her husband is having an affair with his colleague Kavya played by Madalsa Sharma for the past 8 years, Anupamaa realises the bitter truth and sets out to live her life on her own terms.

READ | Rupali Ganguly discloses her decision to play Anupamaa, 'she lets me be myself'

According to the current running plot of the show, Vanraj has decided to not marry Kavya as he wants to reconcile with Anupamaa. Anupamaa however has made up her mind to walk away from their marriage. in the latest episode, viewers witnessed that Anupamaa and Vanraj are now divorced and on their way back from the family court they will start reminiscing old memories together.

READ | 'Anupamaa' May 12 episode spoilers: Will Vanraj change Anupama's mind about the divorce?