Saumya Tandon took to her Twitter and clarified that she has taken the COVID-19 vaccine by following proper procedure and refuted other reports. 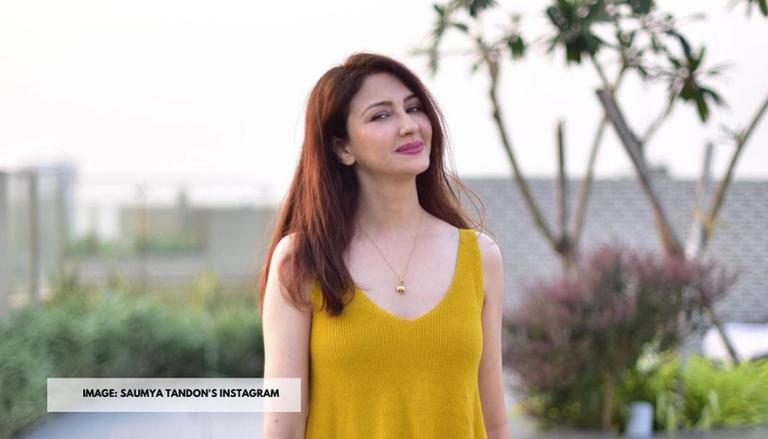 
Actor Saumya Tandon who used to play Anita Bhabhi in Bhabhiji Ghar Par Hai recently took to her Twitter account to clarify that she did not take the COVID-19 vaccine in any dubious manner. The actor was accused of making a fake ID for the vaccine. To which she said that she has taken the vaccine near her home and has followed proper procedure. Take a look at Saumya Tandon's latest tweet.

Saumya Tandon clarifies about getting the COVID-19 vaccine

In her latest tweet, she talked about how some media reports have claimed that she took the vaccine in Thane and that too in a dubious way. She clarified that she hasn't taken it in any other way but has followed proper procedure. She wrote, "Contrary to some media reports claiming that I have taken my first Covid vaccine dose from A facility in Thane by dubious means is untrue. I have taken my first jab but from a centre near my house following proper procedures. Please don’t believe in unverified reports and claims." Responding to her tweet, some netizens asked her to show the proof whereas others supported her and said that they believe her.

Kindly disclose share your vaccine certificate. All the confusion will be cleared in a minute if you are true to what you said.

We have full confidence on you .

Show proofs rather than clarifying it !!

As per Dainik Bhaskar, it was alleged that the actor used a fake ID of a health worker to get the vaccine. The publication got the information from Thane Municipal Corporation that there were around 21 fake IDs that were used to get the vaccine. With the shortage of vaccines, the committee started the examination of IDs in the centre. After which, fake IDs of actor Saumya Tandon and Meera Chopra were revealed. Since then, the actors have been the talk of the town and are clarifying that they haven't used any ill manners to get the vaccine.

READ | Saumya Tandon shares glimpse of her photoshoot; says 'I have a moustache'

The actor made her debut in the industry with the TV serial Aisa Des Hai Mera. She then appeared in the film Jab We Met in the role of Roop. She later became popular with her portrayal of Anita Bhabhi in Bhabhiji Ghar Par Hai which she left after few seasons. She has also appeared in various reality shows.