Television actor Shaheer Sheikh and his wife Ruchikaa Kapoor made the official announcement and revealed the name of their newborn daughter. 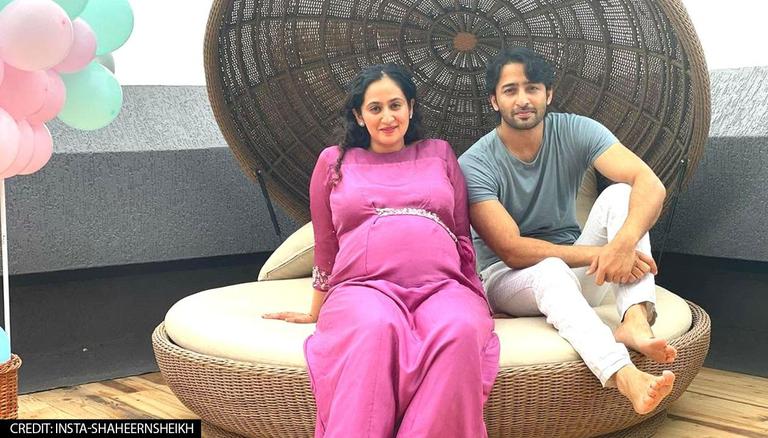 Shaheer Sheikh took to his Instagram and shared a picture of his wife and himself as he made the official announcement of the birth of his firstborn. The couple revealed that they had named their daughter Anaya. The actor wrote, "Blessed with the gift of life. Filled with immense gratitude… need all your love and good wishes for the journey ahead. Keep us in your prayers  #Anaya." The couple tied the knot in 2020 in a low key court marriage. Ruchikaa is the marketing head and Senior Vice President at Balaji Motion Pictures.

Shaheer Sheikh stepped into the shoes of late actor Sushant Singh Rajput for the reboot of the popular daily soap Pavitra Rishta. Pavitra Rishta: It's Never Too Late also features Ankita Lokhande reprising her role from the original. Sheikh took to his Instagram and dedicated a post to the late actor as he spoke about taking on the role of Manav in the show. The actor wrote, "When I was first approached for Pavitra Rishta, I was taken aback. Who in their right frame of mind would dare to play a character immortalised by Sushant Singh Rajput.. I too was reluctant. Then I thought, knowing Sushant, he was one to take every challenge head-on. "

He added, "And so I decided that while it is scary to step into his shoes & live up to audience expectations… it is scarier to NOT even try. And so I did what I felt he would do if he was in my position. I took the challenge. When the team told me they wanted someone who was earnest so that we could all tell a story that was a fitting homage to Sushant’s legacy… I decided to give it my all and leave the rest to the audience and to The All-Mighty."