'Shakti - Astitva Ke Ehsaas Ki' is a daily soap that airs on Colors TV. Check out what happened in Shakti's latest episode which aired on May 5, 2021. 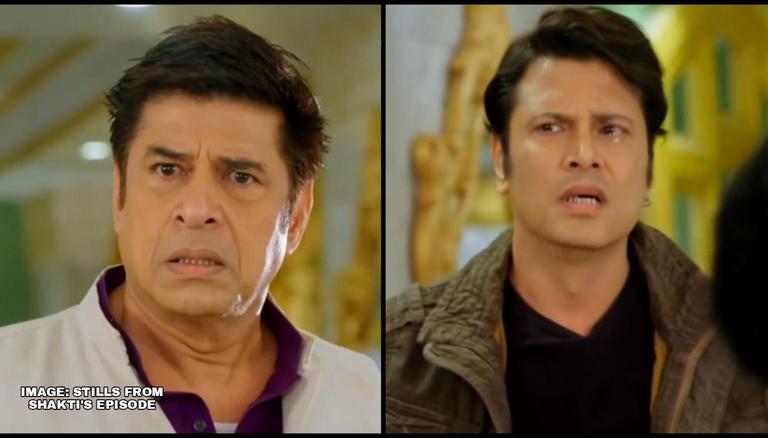 
Shakti's latest episode shows Soumya revealing the truth about Harman to the family. Nayan's estranged brother from the past turns out to be Simran's former lover. The family throws Harman out of the house after knowing his reality. Read the entire written update of Shakti's 5 May 2021 episode.

Shakti written update for May 5 episode

Shakti's latest episode starts with Soumya telling Mahi that she shouldn't say something she would regret. Soumya reveals she had met Harman during the pooja festival when Jeet fired at her. She recalls he called himself Harman and he wanted a place in her heart. Soumya says she did not tell them the truth because she did not want to see tears and tension on their face. She tells Preeto if they all think she did something wrong then please forgive her. Parmeet and the family follow Kamini outside and they find her estranged son Arjun outside. The family gets shocked when Simran calls him by his name.

Harman calls Soumya 'Gulabo' and Soumya chides at him saying only her husband can call her that. Harman pleads Harak Singh to believe him and he had stayed away from his family for so long. Harak Singh slaps him and says he trusted him like his son. Preeto catches his collar and says they treated him like a son but he is not their real son and asks him to leave. Harman tries to call her "mother" but Harak Singh interrupts and says not to utter a word ahead and leave the house right away. While yelling at him Harak Singh starts coughing and starts to lose his breath. Haram shows his concern but Preeto asks him to leave and Harak Singh shouts and says to get out.

Nayan's estranged brother turns out to be Simran's former lover

Virat asks Simran if he is the same Arjun. Virat punches him in the face and starts beating him up. Nayan asks Parmeet why is he beating him up and Parmeet reveals he promised Simran to marry her and impregnated her and left without saying anything. Nayan tells Kamini that he has already taken advantage of this family and their plan will fail. Kamini asks her to watch the drama and she brings a wooden log to beat him up. Parmeet stops her and Arjun asks Kamini for forgiveness but she refuses. He then asks Simran for forgiveness and says if she wishes she can bury him alive but forgive him somehow. Simran asks him to stay away from her.

Harman goes to the room to pack his bag and looks around the room. He reminisces all the moments with the family while looking at the pictures from meeting Soumya for the first time to Preeto telling him to get out. Soumya gives Harak Singh medicine and Harman comes out with his bag. He goes near Preeto but she walks away. Then he goes to touch Harak Singh's feet for blessing but he moves away and Harman touches the ground and gets up.