'Shakti - Astitva Ke Ehsaas Ki' is a daily soap that airs on Colors TV. Check out what happened in Shakti's latest episode which aired on May 19, 2021. 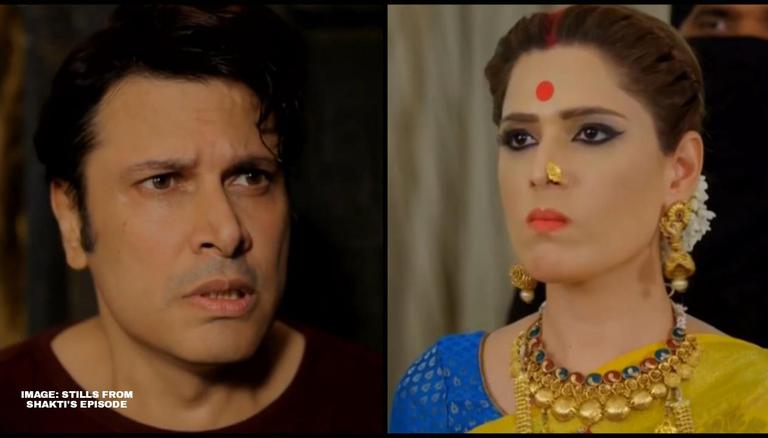 
Shakti's latest episode shows Virat removing his mask after Daljeet tries to slap Simran. Angel gets mad and threatens the family she will kill Harman. Harman gets motivated after he remembers Soumya's words and tries to escape from his bonds with renewed vigour. Read the entire written update of Shakti's 19 May episode-

Shakti's latest episode starts with Angel asks Daljeet why did he bring Simran to the house. Daljeet reveals Virat has disguised himself as one of her goons. Simran says how could he treat his sister like this and Daljeet asks her to shut up and raises his hand to slap her. Virat catches his hand and removes his mask.

Daljeet says he knew if he would pretend to slap Simran he would surely stop him. Virat says if he will not tell him where Heer is, he will forget he is his brother. Daljeet says if did anything wrong then he will kill Heer and Virat shouts at him. Angel chides Preeto that she had sent her to bring money not to bring in her son in law. She says she will teach them a lesson and calls one of her goons and asks him to bring Harman on the video call.

Angel says she will count till three and commands her goon to kill Harman after that. Mahi, Preeto, and Harak Singh beg her not to do so but she starts counting. Angel counts till three and Daljeet asks them to stop. He explains to Angel that they have only 36 hours before they leave the country and if something went wrong then their plan could get in trouble. Angel calls off the killing him and Preeto requests her to let her talk to him once. They share a few words and Preeto asks Harman about Soumya but Angel cuts the call. Angel says only she knows where Soumya is and she is her backup plan.

Harman gets motivated by Soumya's words

Harman shouts Gulabo and he imagines Soumya asking him if he is already tired. Soumya tells him he could find the solution for any problem and Harman remembers everything that happened between them since his return. He gets motivated and thinks he will get out of here somehow and find Soumya. Veeran cries out because of his pain and faints on the floor. Mahi says he has lost his conscious and his temperature is also increasing. Harman looks around and sees a broken piece of glass.

READ | 'Shakti' written update 17 May: Virat disguises as a goon to save Preeto

Daljeet says if they will not remove the bullet then Veeran will lose his life. Daljeet approves Virat to get bandages but reminds him Simran is with him and if anything went wrong then he will end Simran. Harman gets the broken glass in his hand and tries to cut the rope. Virat comes back and asks Mahi to bring a match stick and candle.

Virat sterilizes the knife with the candle flame and makes a small incision to take out the bullet from his leg. After he applies medicines to his wounds he says Veeran's temperature is getting lower. Harman manages to cut the rope and gets up from the chair. The goons hear a noise and say they should check on him. The episode ends with Harman listening to that and asks God to protect Gulabo.