Sharad Malhotra recently took to his Instagram to share the news that the music video had crossed 22 million views on Youtube with a BTS video with the crew.

Sharad Malhotra recently shared a BTS video on his Instagram handle and wrote '22 million+ & getting stronger' on the video. The television actor wrote in the caption '22million + views ðŸ•ºðŸ•ºðŸ•ºðŸ•ºðŸ•ºSo much #bepanahpyaar pouring in from all over, pls continue reelin, feelin & sharing â¤ï¸ðŸŽžðŸ™ #bts'. In the BTS video, Sharad and Surbhi are watching their shoot with the entire crew of the music video.

Fans and followers of the actor have been encouraging him and wishing him the best since the video was dropped. While many of them wished the actor for reaching the milestone, others said that the video would reach more heights soon. Some also congratulated Sharad and Surbhi and asked for more music videos together. 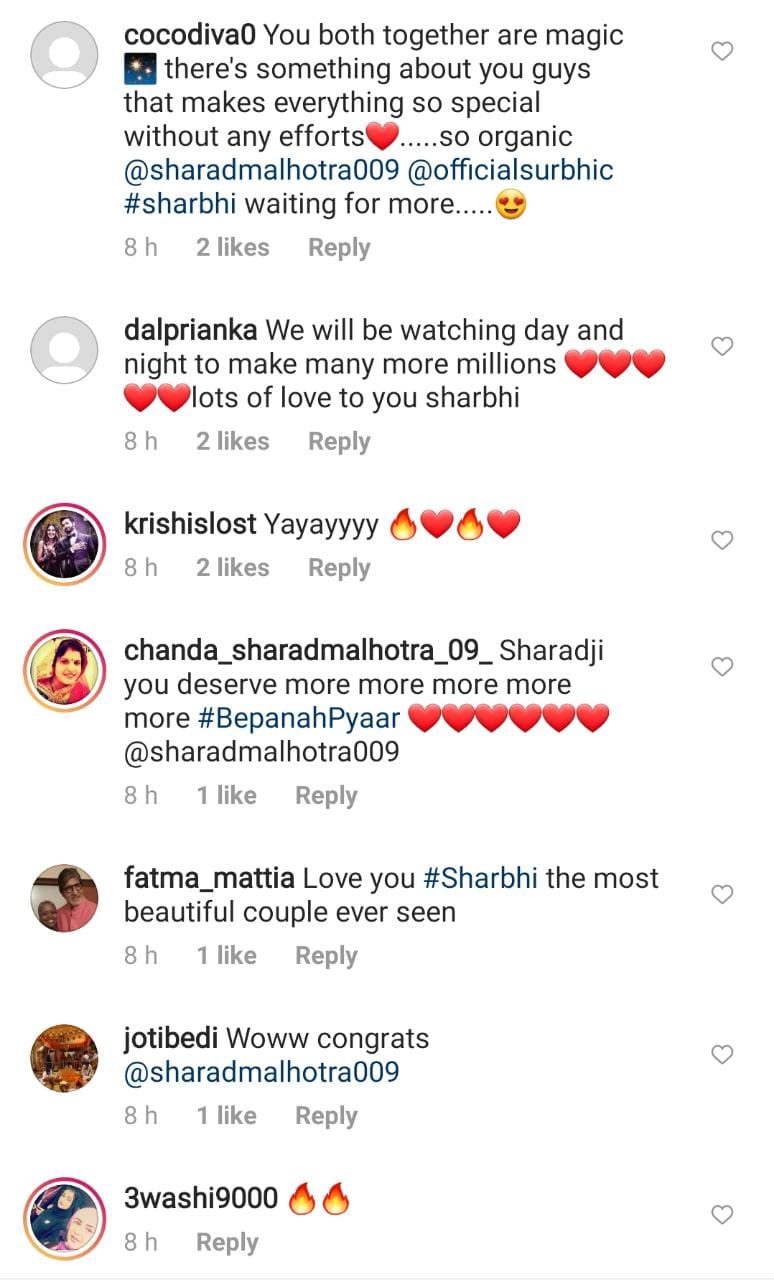 The song Bepanah Pyaar is sung by singers Payal Dev and Yasser Desai. The romantic melody is penned by veteran Bollywood lyricist Shabbir Ahmed and the composer of the song is Payal Dev. The song was dropped by the music label VYRLOriginals on March 24, 2021. Within a week, the song crossed 22 million views on YouTube. The song also features Shubham Shastri and Jiten Bisht in supporting roles. The music video was directed by Arif Khan and edited by Oswin Reveredo.

The song received a positive response from YouTube users. As the song was released, YouTube users and fans of the actors were wishing for 20 million views. After hitting 20 million, the fans are now wishing for millions and billions of views. 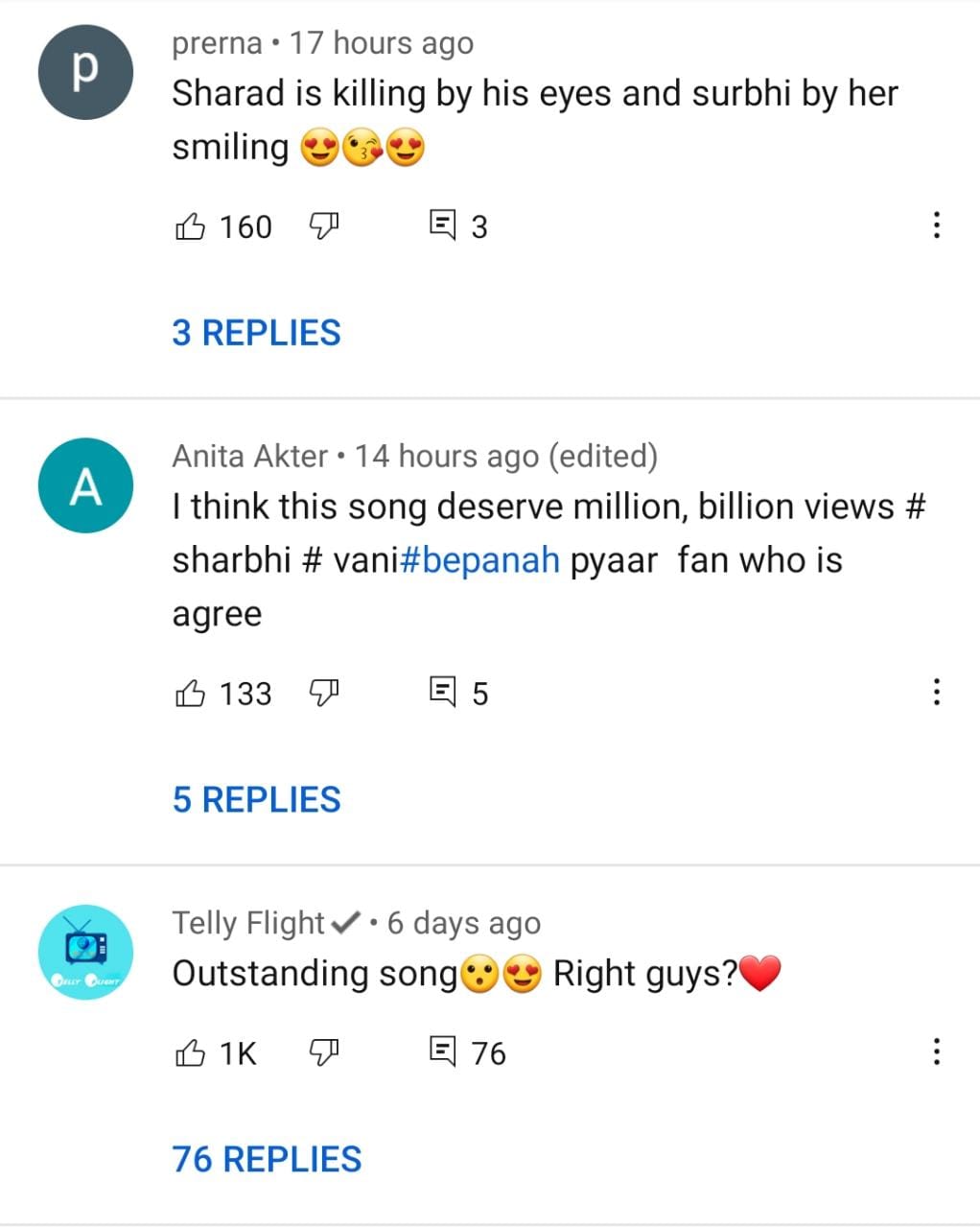 Sharad Malhotra is an Indian Television and film actor who made his acting debut with Banoo Mein Teri Dulhan in 2006. The actor starred opposite Divyanka Tripathi in his debut show and gained much popularity. Since then, he has worked in several shows and films including Bharat Ka Veer Putra - Maharana Pratap, Kasam Tere Pyaar Ki, Naagin, and Muskaan. The actor tied the knot with fashion designer Ripci Bhatia in 2019.