Anokhi reminds Shaurya about his promise when he drops her off; Ahir ponders over Shaurya's behaviour. Read Shaurya Aur Anokhi Ki Kahani 26 May Written Update. 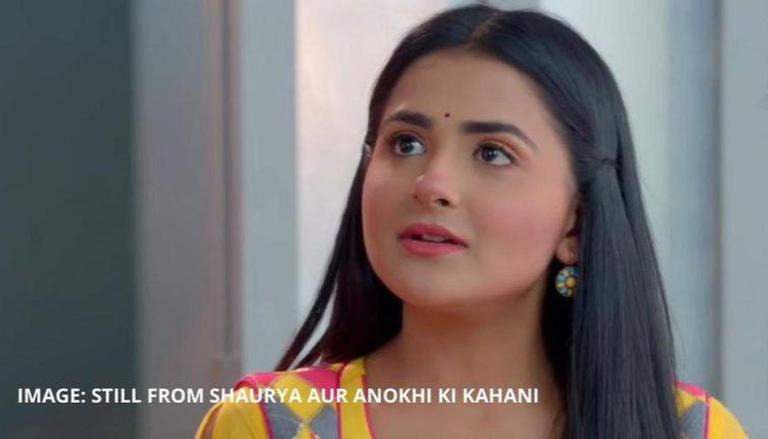 
Shaurya Aur Anokhi Ki Kahani's latest episode starts with Shaurya holding Vineet's hand. Anokhi enters and Shaurya is shocked to listen to her voice, Ahir taunts that Vineet's mother was watching a girl suffer silently. Vineet's mother asks Babli not to listen to them and to protect her family's honour. Ahir warns Vineet to stay away from Babli till divorce. They all then leave. Anokhi tries to avoid Shaurya. She asks Babli to stay with her but she refuses to as she cannot disturb her during her studies. Shaurya asks Anokhi to listen to him.

Here, Devi asks Shaan to make Aastha understand the situation surrounding Shaurya's engagement. Shaan says that he is not on anyone's side and only wishes for his son's happiness. Anokhi suggests that Babli stay at a hotel but she disagrees by pointing out that it is not safe. Shaurya suggests she stay at Ahir's house. Babli is hesitant but Ahir agrees with Shaurya. Ahir and Babli leave, while Shaurya drops Anokhi.

Shaurya flirts with Anokhi in the car and she blushes. She covers it with anger but also thanks him for saving Babli. Shaurya says that Babli is his sister-in-law and it is necessary to save her. Anokhi gets down from the car and tries leaving but Shaurya holds her. Here, Ahir thinks about Shaurya's weird behaviour. Babli notices it and goes on to ask him if she is the reason for his tension.

Shaurya asks Anokhi what has happened when she reminds him of her rule. Shaurya tries to change the topic but Anokhi shows him the vermilion on her forehead and asks him to find a solution. She then leaves. Shagun and Devi decide on ideas for decorations. Shaan taunts Devi about her health but she lies saying that Shaurya accepted his marriage with Shagun. Shaurya visits Aastha and she is happy to see him. But her happiness is soon turned sour as Shaurya asks her to go back to the Sabherwal house. She refuses and asks if Anokhi told him to do so.