Shaurya and Anokhi are stuck as they don't find any help and spend the night together. Read Shaurya Aur Anokhi Ki Kahani June 1 Written Update below. 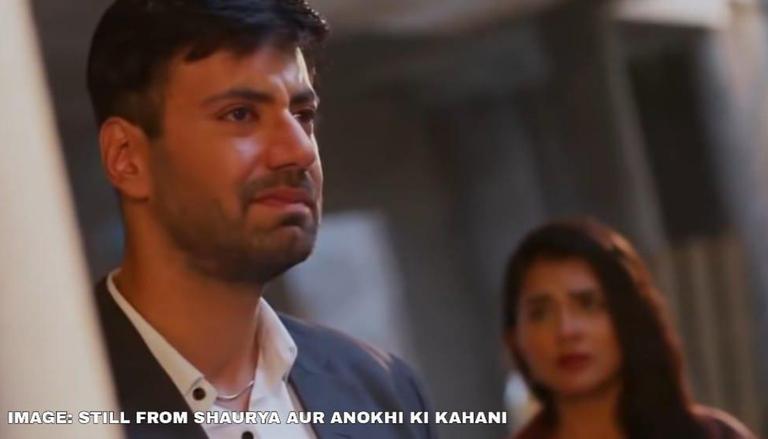 
Shaurya Aur Anokhi Ki Kahani's latest episode starts with Kanchan worrying as Shaurya and Anokhi do not answer her call. When Gayathri comes, Kanchan informs her that Devi is faking her heart attack. Gayathri asks if she has any proof but Kanchan says that she will soon find out and expose it in front of everyone. Gayathri advises her not to get involved when Devi enters. Devi tells that once Shagun gets married and comes into the house, they will become a team. Kanchan thinks that she needs to stop Shaurya and Shagun's wedding.

Anokhi and Shaurya call for help but do not find anyone. They realise that they are alone and Shaurya takes the advantage of the situation. He flirts with Anokhi in the rain and kisses her forehead, while Anokhi runs away. They both get into one blanket and hug each other. Shagun is furious as she could not spend time with Shaurya during such romantic weather. Here, Anokhi shares her worries with Shaurya and starts complaining that he gave up with one instance.

Shagun sends Kitty and Bebo to the auditorium and asks to look for them. Shagun feels insecure that Anokhi might use the situation in her favour. Shaurya wakes up and finds Anokhi sleeping beside him. He checks his phone and finds several missed calls. He tries to call the mechanic but is not reachable. He is upset that Anokhi will miss her seminar. He blames himself for planning the night, while Anokhi asks him about this and gets angry that her seminar is at risk. She scolds him for breaking her trust and further blames herself for still trusting him. Shagun then enters.