Shaurya is trying to convince Anokhi while she wants him to go away. Read Shaurya Aur Anokhi Ki Kahani June 11 written update for more detailed information. 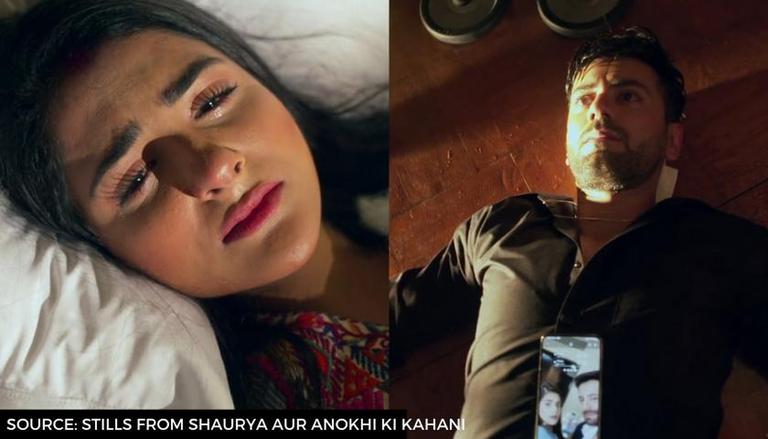 
Shaurya Aur Anokhi Ki Kahani's latest episode starts with Shaurya asking Anokhi if she is influenced by someone. Anokhi denies it and says it’s her decision. Shaurya tries to calm her down but Anokhi says that they have a relation of a teacher and a student and hence, he should leave. Ahir and Babli then question Anokhi and ask the reason behind her weird behaviour. Shaurya tells her to listen to him but she pushes him away.

Shaurya wipes his tears and is about to leave when his watch gets stuck in her bracelet. He looks back at it, removes it and leaves. He later buys some red balloons and bursts them. Babli tells Anokhi that she is committing a mistake by rejecting Shaurya's love and that she's not appreciating him. Anokhi tells her that they are different, and their thinking is not the same and that's the reason behind her decision. Ahir has a word with Anokhi. He says that he doesn't recognise her anymore and says that Anokhi has changed a lot.

Ahir asks Anokhi to explain her actions to him. He says that only lucky people get someone like Shaurya in their lives and she's foolish to let him go. Anokhi, who's aware of her pain starts crying. Ahir says he doesn’t know what’s right and wrong for her, but she will understand it very soon. Anokhi then goes to her room and locks herself in. She starts crying and says that she values love and hence is fighting with it.

Shaurya comes home and throws a flower vase. When Devi sees this, she says it's okay and that he shouldn't worry about the vase. Shaurya then informs Devi that his relationship with Anokhi is over. Tej smiles and drinks his tea happily. Meanwhile, Shagun overhears his conversation and is excited to see it finally happening. She dances happily and says that she will make sure Shaurya does not go back to Anokhi. Shaurya and Anokhi cry thinking of each other.