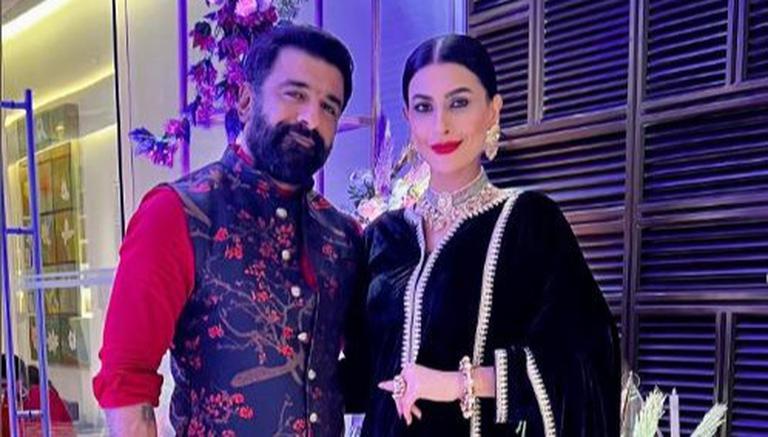 
A day after actor Pavitra Punia flaunted a huge diamond ring on social media, her beau Eijaz Khan took to his official Instagram handle to announce that they both are officially engaged. Eijaz shared a series of mushy pictures from their date night in which he could be seen offering a ring to his girlfriend Pavitra Punia as he asks her to marry him and 'she said yes'. It is pertinent to note that the duo have been dating since their stint on Bigg Boss 14.

Taking to his Instagram handle, Eijaz shared some pictures of the proposal he arranged for Pavitra Punia. The first picture saw him giving a ring to the Ishq Ki Dastaan actor, while the second one had Eijaz smiling ear-to-ear and Puniya covering her face with both of her hands. The third picture saw Pavitra wearing the ring and in the fourth slide, she could be seen flaunting it with all smiles. Take a look:

"Baby, if we keep waiting for the right time, It’s never gonna be, I promise you my best, Will you marry me? She said “ yes, “ Eijaz Khan wrote in the caption. Not only did Pavitra repost it, but she even took to the comments section and wrote, "May the lord protect us from the evil eye, let there be love and love (sic)". The post witnessed several reactions from the couple's industry friends with Jasmin Bhasin commenting, "Yaaayyyyyy we need a party," Aly Goni also dropped heart-eyed emoticons and Adaa Khan commented, "Bahot bahot Mubarak." 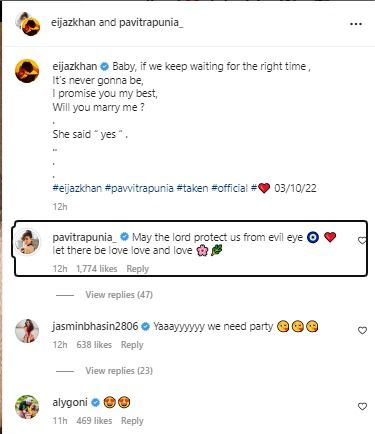 In April, during an Instagram live session, Pavitra talked about her wedding plans with Eijaz. The former made it clear that they won't be getting married this year as she wants to save money to make up for the pay she missed out on last year due to the pandemic.