Shehnaaz Gill and Sidharth Shukla recently competed with each other by teaming up with Gaurav Gera and Sunil Grover, respectively for a "LOL Challenge". 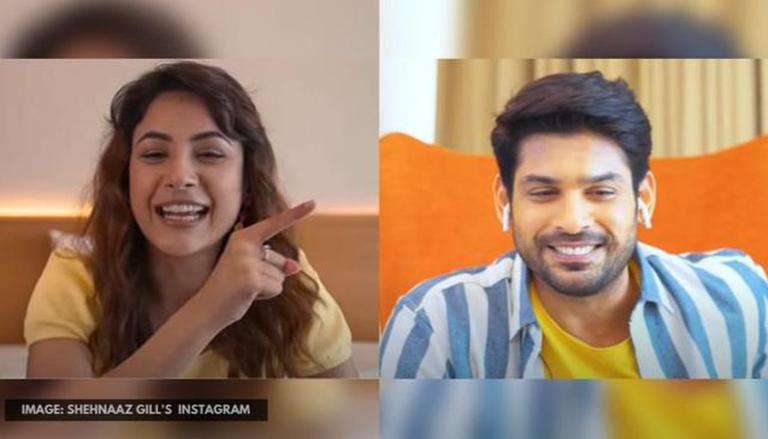 
One of the most popular rumoured couples of the Indian television industry, Sidharth Shukla and Shehnaaz Gill were recently challenged by LOL: Hasse Toh Phasse's Sunil Grover and Gaurav Gera for a "#LOLchallenge". However, to all the SidNaaz fans' surprise, Sidharth and Shehnaaz competed with each other for the Amazon Prime Video challenge by teaming up with Sunil and Gaurav, respectively. On Wednesday, the actor duo also took to their social media handles to share glimpses from their latest collaboration, which soon went viral and won the hearts of ardent SidNaaz fans.

On May 12, streaming giant Amazon Prime Video released a hilarious video in collaboration with Sidharth Shukla and Shehnaaz Gill along with comedians Sunil Grover and Gaurav Gera on their YouTube channel to promote their newly-released show, LOL: Hasse Toh Phasse. On May 10, the Dil Se Dil Tak star took to his Twitter handle to share a photograph of LOL's contestants and wrote, "@primevideoin agar main iss ghar mein hota, toh pakka jeet jata" (If I was inside the house, I would've definitely won the show). Soon after his tweet surfaced online, Sunil Grover decided to challenge him as he responded to his tweet writing, "Jitnaa aasaan dikh raha hai, utnaa hi difficult hai! @GauravGera what say, let's try this with Sidharth?" (It's not as easy as it seems).

Cut to Wednesday, the streaming platform released a video on YouTube, wherein had the four of them connected over a video call for the fun competition. Sharing a small clip from the challenge on Instagram, Shehnaaz wrote, "Iss video ke baad main abhi bhi laughter hangover mein hoon. So much fun with @realsidharthshukla @whosunilgrover @gauravgera" (I am still laughing after participating in this video). In the video, SidNaaz could be seen trying extremely hard to make each other laugh with their one-liner jokes. Take a look at Shehnaaz Gill's Instagram post below:

On the other hand, in the video shared by Sidharth Shukla, both he and teammate Sunil could be seen bursting into laughter after Shehnaaz cracked a joke about buying a sofa from "Pataudi" that she calls "Sofa Ali Khan". Along with sharing a clip from the video on Instagram, he wrote, "I bet ye video ko dekhte hi aapki hassi roke nahi rukegi" (I bet you won't be able to stop yourself from laughing after watching this video).

Check out some reactions by netizens to their videos below: 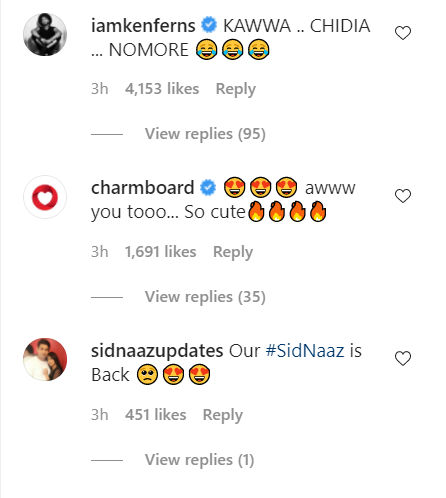 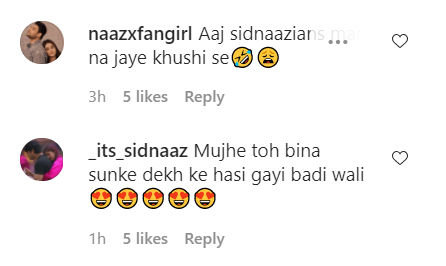 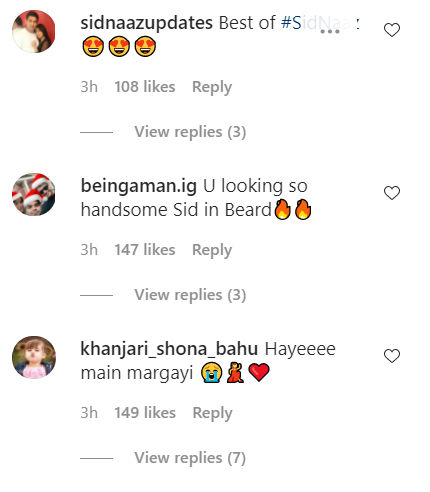