On Monday, Shehnaaz Gill took to her Instagram handle and gave fans a sneak-peek into her debut ramp walk at a fashion show in Ahmedabad, Gujarat. 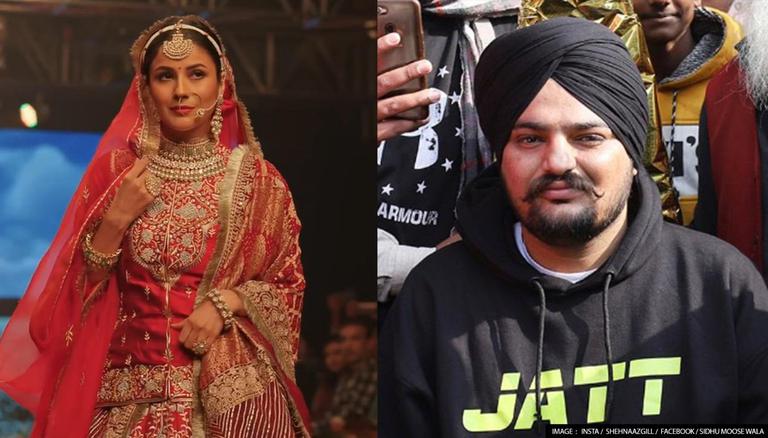 Days after Moosewala's tragic death, actor Shehnaaz Gill was recently spotted turning showstopper for a fashion event. Shehnaaz shared a glimpse of her debut walk on her social media handle, but what caught netizens' attention was the former reality show contestant walking the ramp on one of Sidhu Moosewala's tracks.

On Monday, Shehnaaz Gill took to her Instagram handle and gave fans a sneak peek into her debut ramp walk at a fashion show in Ahmedabad, Gujarat. The actor was seen dressed in red bridal attire with heavy jewellery comprising of a stone-studded heavy necklace, a nose ring and a maangtika. The actor walked on the ramp by holding her dupatta in one hand and later breaks into an impromptu dance when the designer joins her. She danced to Sidhu Moose Wala's song Akhiyan De Samne.

Sharing the video, Shehnaaz wrote in the caption, "Debut walk done right! Walked for the super talented designer @samantchauhan at the @timesfashionweek Thank you people of Ahmedabad for making us extra special for me! Your hospitality and love is immeasurable. #ShowStopper #ShehnaazGill"

Here, take a look at the video:

As soon as the video surfaced online, fans showered love on the post. One of the users wrote, "You are looking so beautiful in Red Lehenga #ShehnaazGill 🔥🔥❤️❤️❤️" another wrote," Wah Sidhu ka song or apki walk (Sidhu's song and your walk). MASHA ALLAH" the other user wrote, "Congratulations Shehnaaz❤️ you deserve all the love✨ looking beautiful as always🤗💯" 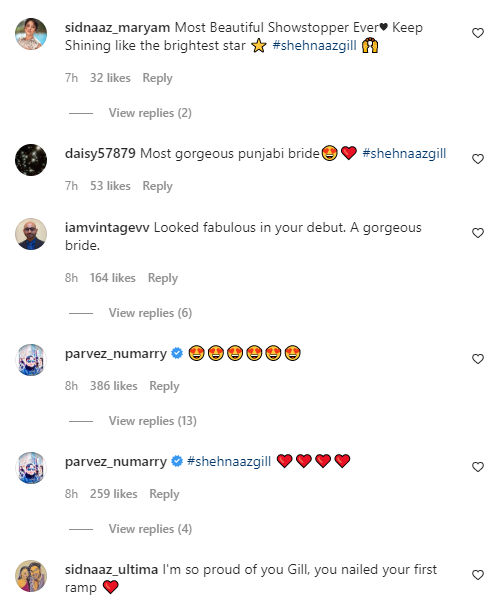 Sidhu Moosewala was killed on May 29 at Mansa's Jawaharke village. He was shot dead by assailants in Mansa district a day after his security cover was scaled down by the Bhagwant Mann-led government. The singer's last rites took place in his native village.