Shehnaaz Gill grabbed eyeballs once again with a recent photoshoot, where she flaunted her glamorous avatar in a strappy pink satin dress. 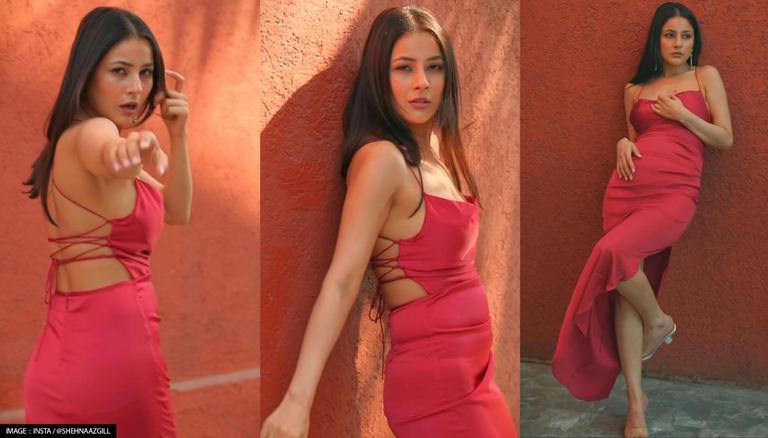 
Shehnaaz Gill grabbed eyeballs once again with her recent photoshoot, where she flaunted her glamorous avatar in a strappy pink satin dress. Known for her goofy and chirpy aura, Shehnaaz dazzled to the tunes of the song Senorita in her latest Instagram clip, which received truckloads of reactions from fans. Many called her the 'most beautiful woman', adding that her video looks straight out of a Hollywood movie.

Shehnaaz Gill turns into Senorita for a recent photoshoot

Taking to her Instagram handle on Thursday, July 7, the former Bigg Boss contestant dropped a video montage of her photoshoot. where she's seen walking gracefully while flaunting her gorgeous outfit. Clad in a bright pink backless satin dress, Shehnaaz amped up her look with statement silver danglers and heels. Take a look.

Reacting to the post, fans dropped comments like, "Most beautiful woman," "Punjab ki Katrina Kaif,' "I feel like I'm watching a Hollywood movie scene..... Oh my god #ShehnaazGill," and "Omg so stunning," among other things. 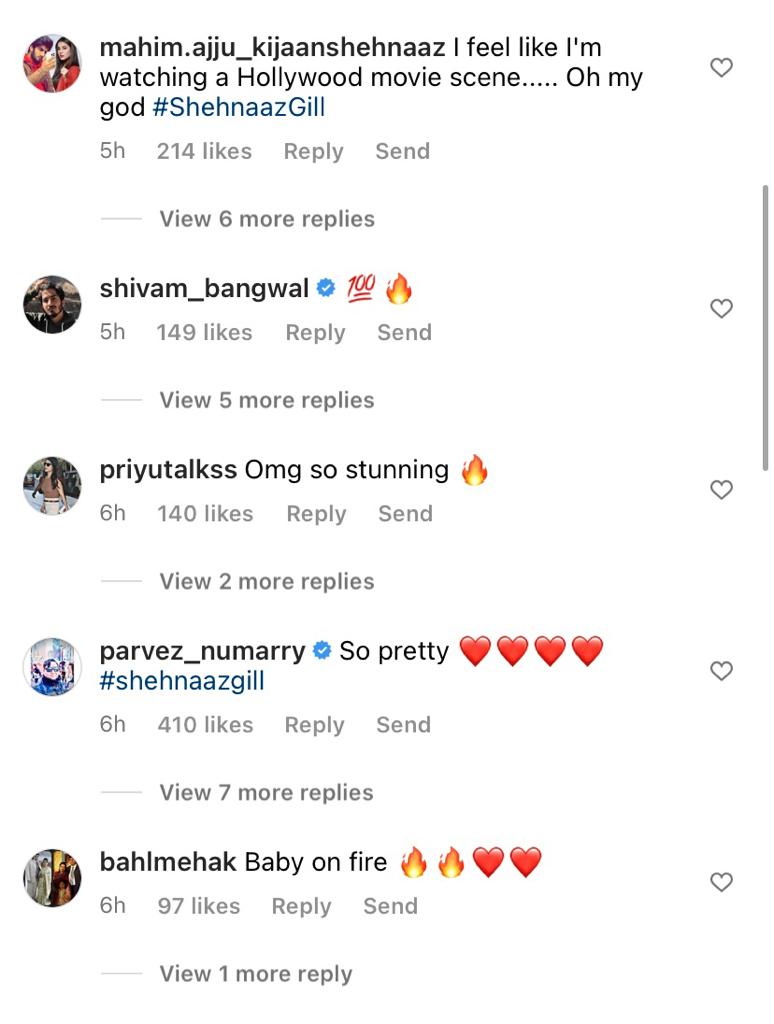 Shehnaaz never ceases to swoon her fans with her beautiful avatars, and her recent ramp debut became a major talking point among netizens. Gracing designer Samant Chauhan's show in a bridal avatar, Shehnaaz made a dazzling entry while dancing to Sidhu Moosewala's song Akhiyan De Samne.

"Debut walk done right! Walked for the super talented designer @samantchauhan (sic))," she mentioned and added, "Thank you people of Ahmedabad for making us extra special for me! Your hospitality and love is immeasurable. #ShowStopper #ShehnaazGill. (sic)"

Shehnaaz Gill reveals she wants to do women-oriented movies

In a recent vlog on her YouTube channel, Shehnaaz spilt the beans on a variety of things, including the kind of projects she wants to undertake. "Koi bhi film milein lekin women-oriented mile kyunki women sabse strong hoti hain. Meri movie wohi maanugi jisme main akeli hongi. (Whatever film I get, it should be women-oriented, because women are the strongest. I will consider a film my own only when I am the only one leading it)," she said.