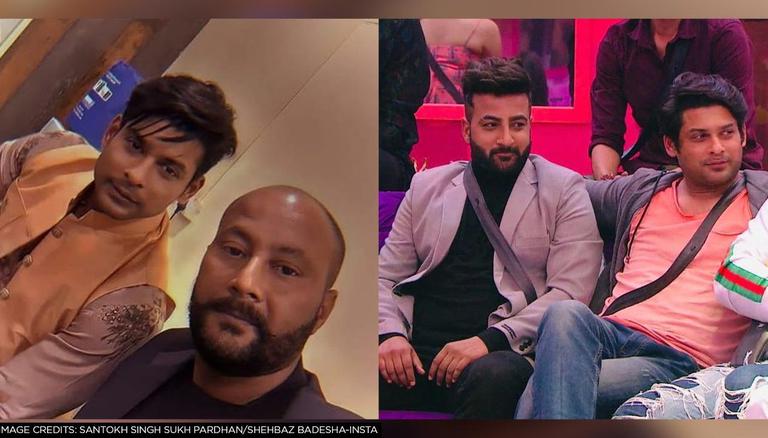 
Ever since the demise of actor Sidharth Shukla, fans have been expressing their grief over the tragic news. Apart from the fans, actor Shehnaaz Gill’s father Santokh Singh Sukh, and his brother Shehbaz, also expressed their sentiments about losing an amazing person. Santokh changed his profile picture to that of Sidharth's as a tribute to honour his legacy while Shehbaz penned his emotions of losing a brother.

Shehnaaz’s father shared a throwback memory with the Balika Vadhu actor on Instagram while expressing how much he will be missed by all. The sudden demise of the actor has left a void in the hearts of his fans that can never be filled. While expressing his sorrows, Shehnaaz’s father wrote, “Vishwas nahin ho raha. Tum hamesha dil mein rahoge (Hard to believe that you are no more. You will forever stay in our hearts)”. Shehbaz Badesha, his son and Shehnaaz’s sibling, who has been at her side since Sidharth’s demise, has changed his Instagram profile image to a portrait of the late actor.

Sidharth was dressed in a sports shirt in the photograph. Shehbaz shared another picture of Sidharth and wrote, “Nothing shakes the smiling heart. @realsidharthshukla SHER APNA”, adding a lion emoji along with it. Shehbaz had shared the same photo that he is using as his DP after Sidharth’s death. He had written, “Mera sher. U r always with us and u will be always. Will try to become like u. It is a dream now. And this dream will come true soon. I will not say rip because u r not love u.”

Sidharth Shukla who gained with his stint in a reality show, passed away on September 2 due to a cardiac arrest. The actor who died at 40, was survived by his mother and two sisters. He was rushed to Mumbai’s Cooper Hospital, where he was declared dead. The next day, Sidharth was cremated at the city’s Oshiwara crematorium. The actor’s family held a prayer meeting for him on Monday. Just four days after Sidharth Shukla’s tragic death, his family issued the first official statement. The Shukla Family has requested everyone to allow them privacy to grieve. In the statement, Sidharth’s family even thanked the Mumbai police for their sensitivity and compassion.

READ | ‘Even if you are 70 and I am alive, call me': Sidharth Shukla to Shehnaaz in viral video