Shweta Tiwari shared a few pictures from the sets of Khatron Ke Khiladi season 11, accompanying with a caption that expresses her take on the 'Love language' 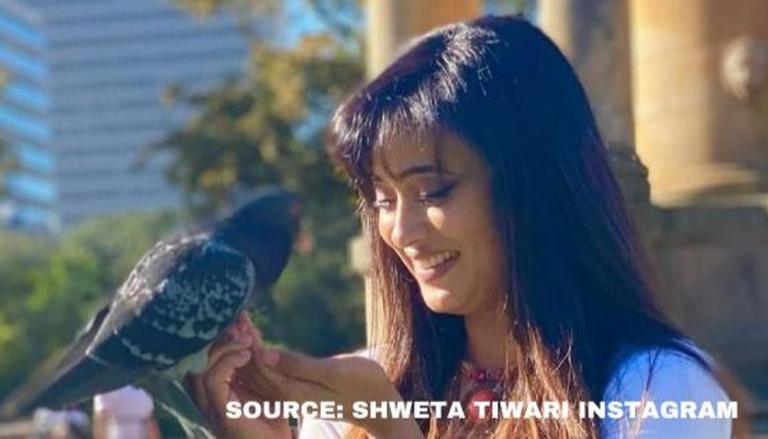 
On June 6, 2021, Shweta Tiwari took to Instagram and shared a few notes on love. The Kasautii Zindagii Kay actor captioned her post "Love is a language not everyone can speak. They can Fake the Accent though!" She posted the pictures from Cape Town, while she was there for the reality show Khatron Ke Khiladi 11. Her co-contestant from Big Boss 4, Sara Khan was all hearts for the picture as she commented: "Love love love 😍😍😍😍" on her post. These photos have over 120K likes, as fans gush over these photos. Catch the Instagram post right here!

Shweta Tiwari was last seen as a guest on the dance reality show India's Best Dancer. The Mere Dad Ki Dulhan actor has been shooting for the latest season of the reality show Khatron Ke Khiladi. As one of the contestants, Shweta Tiwari on KKK11, will be accompanied by other contestants like Nikki Tamboli and Divyanka Tripathi.

Shweta Tiwari and the other KKK11 contestants

Khatron Ke Khiladi 11 will be hosted by Rohit Shetty and will start being telecast on July 24, 2021. The shooting for the show began in May 2021, in Cape Town. Apart from Shweta Tiwari on KKK11, there will be 12 other contestants. These contestants range from the field of music to television. Singer-Songwriter Aastha Gill will be one of the contestants on the show. Apart from this, the show will also feature the Geet – Hui Sabse Parayi actor Abhinav Shukla. Nikki Tamboli of the Big Boss 14 fame, the Yeh Hai Mohabbatein actor Divyanka Tripathi, and the Big Boss 14 runner up, and singer Rahul Vaidya are also a part of this list.  Anushka Sen, Arjun Bijlani, Mahek Chahal, Sana Makbul, Sourabh Raaj Jain, Varun Sood and Vishal Aditya Singh are some other prominent celebrities who are a part of the show.

Khatron Ke Khiladi has been running for 12 seasons now, including the season titled Khatron Ke Khiladi: Made In India. The reality show is an Indian stunt-based reality television series based on the American series Fear Factor. The show is being hosted by Rohit Shetty since season 8. Some of the other hosts for the show before him include Akshay Kumar, Priyanka Chopra, and Arjun Kapoor.