Union Minister Smriti Irani is quite active on social media and shares a bunch of relatable videos on her official Instagram handle. Smriti Irani's Instagram videos never fail to give her followers a hearty laugh. Today, the minister took to her social media account to share a hilarious video of an Indian YouTuber named Ashish Chanchlani. The video depicted the situation of a person who forgets his charger at home. Watch the video below.

Smriti Irani shared the video with the caption, "Charger” d'affaires - when the French meet Ulhasnagar"(sic). The video began with Ashish Chanchlani on a scooter. One of his crewmates essayed the character of traffic police. As Ashish approaches the traffic police, he takes a turn unexpectedly. The traffic police suspect him and stop him, asking for his vehicle documents. After Ashish shows him his license and vehicle documents, the traffic police further ask Ashish to show his other documents like the RC, POC, Insurance, Hall Ticket, Pan Card, CBSE question paper, 10th mark sheet, slam book and even light bill for three months.

When the traffic police realise that Ashish is carrying every single thing he asked for (even the unnecessary and unexpected ones), he questions why the latter was trying to take a turn and run away. Ashish then starts crying and confesses that he forgot his phone’s charger at home and was running to take it. Smriti Irani could easily relate to the situation depicted in the short video, like most of her followers. 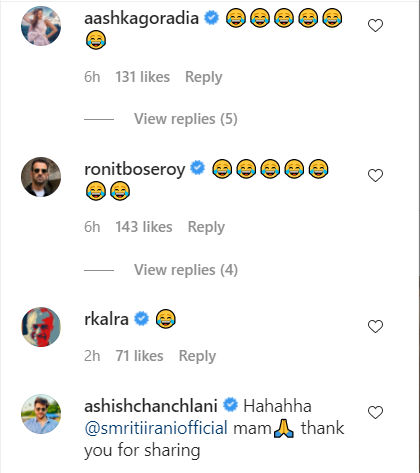 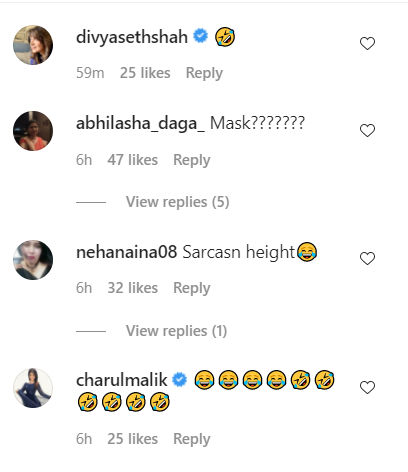 Several celebrities reacted to the video on Smriti Irani's Instagram. Amongst the few actors who reacted to her video were Ronit Bose, Aashka Goradia, Divya Shah and Charu Malik. They commented with laughing emojis under her post, in the comment section. Ashish Chanchlani who featured in the video also left a comment under Smriti Irani's post and thanked her for sharing his video. Ashish Chanchlani's post went viral within hours of it being posted on the internet. It garnered nearly 1 lakh views within hours of its post, making it viral.