'Supermodel Of The Year' Judges Are Biased Towards Contestant Priya Singh, Say Netizens

The makers of the show, Supermodel Of The Year recently released a new promo of the reality modelling show where fans seemed the judges were biased. Read

Supermodel of the Year is an ongoing reality-based modelling show. The reality show airs on MTV that features aspiring models from across the country who battle to win the title of Supermodel Of The Year. The show is judged by Milind Soman, Malaika Arora and Masaba Gupta.

The previous shows were claimed to be hit and received a positive response from audiences. The on-going show has already seen the fierce competition of the models and when things often have got heated up amongst the judges. And the recent promo seems to have left the audience unimpressed.

The makers of the show recently took to Instagram where they shared a new promo of the upcoming episode. And seems like fans have not liked the promo due to its biased decision. The video that was posted features model Priya Singh who impresses the judges with her walk in the new promo.

Priya Singh, who walks the ramp donning a baby pink layered ruffled gown with a similar colour bow belt, looked stunning as she opted for dewy makeup and a messy one-side hair. Her glamourous avatar soon won the hearts of judges. Check out the video below.

As soon as the makers posted the video, fans gave a mixed response to the video, as they were not very happy because according to them the judges are biased. One of the users wrote: “They want her to be the finalist so no doubt she would be given the most suitable and beautiful outfit compared to the others”. While the other went out in support of Priya Singh as they said: “I don't wanna judge anyone but Priya is soooooo calm.” Check out a few tweets by fans who commented on the video below. 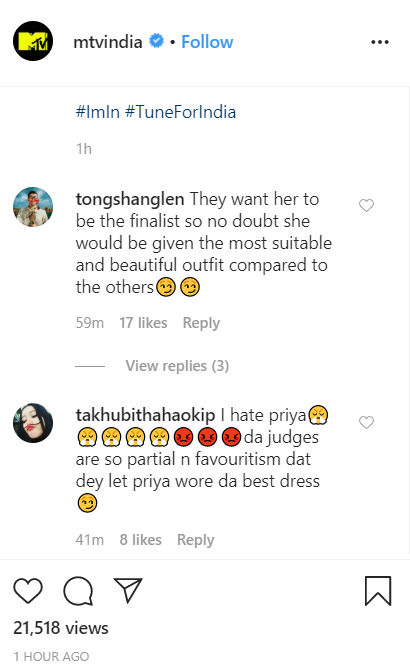 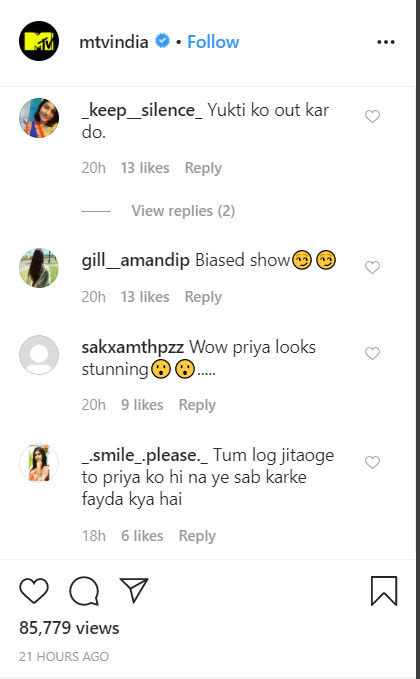 Also read | Will 'Supermodel Of The Year's' Next Task Bring Contestants Out Of Their Comfort Zones?