Indian television actress Surbhi Chandna recently shared a video from the sets of the music video for Bepanah Pyaar by Payal Dev and Yasser Desai. In the Instagram video, the actress can be seen on the sets with a gun in her hand when the person holding the camera asks her why she's put cotton buds in her ears. Surbhi then comes close to the camera and responds to fans telling them she's a "Darpokk" (someone who's frightened easily) and explaining how they were going to use real fire for the gunshots on set, which is why she had "secured" her ears.

Surbhi shared the post with a long caption in which she talked about how the music video for Bepanah Pyaar had crossed 25 million views on YouTube, in celebration of which she shared this particular BTS "fun fact". Surbhi wrote about how she might appear brave to people but she is frightened very easily and isn't worried about admitting it.

She also explained how she always puts cotton buds in her ears whenever she has to film a scene like this mentioning how she tries to convince the director to remove such shots however if it doesn't work she finds her on DIY solutions. Surbhi ended the post by expressing how much she loves her fans and how grateful she is for the support and the views. Take a look at Surbhi Chandna's Instagram post below.

Surbhi Chandna's Instagram posts generally prompt a number of responses from her dedicated fans. Many of Surbhi's fans dropped comments congratulating the actress on her video crossing 25 million views. Many fans also expressed optimism telling the actress "more million are coming" and that the video would soon cross 50 million views. Other fans complimented the actress' ear bud cheat and lauded her for it while some fans simply praised the actress' looks mentioning how she always looks pretty. Other fans of Surbhi simply left some heart, kiss and fire emojis for the actress in the comments section. Take a look at some of the reactions below. 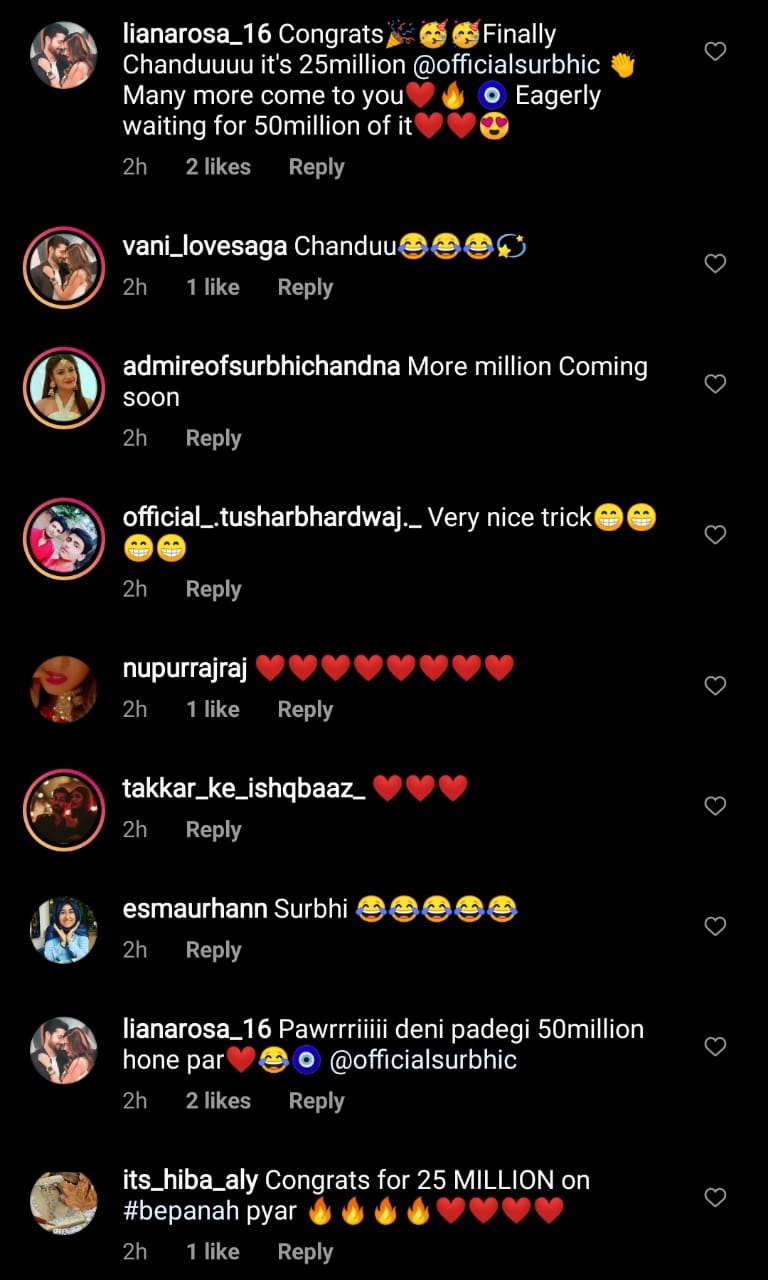 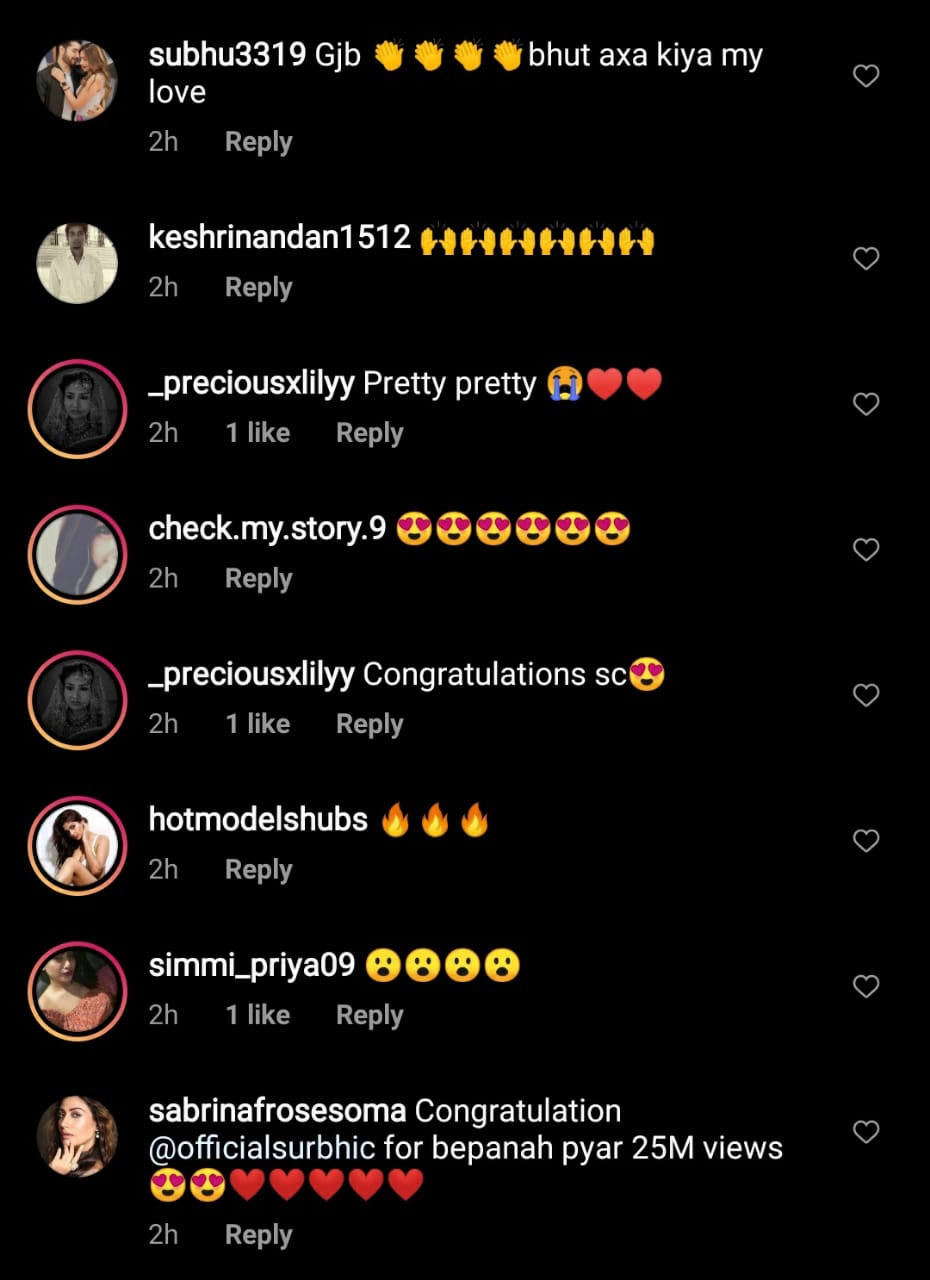 The music video for the song Bepanah Pyaar by Payal Dev and Yasser Desai was released recently on March 24, 2021. The video also stars actor Sharad Malhotra along with Surbhi Chandna. The actors were co-stars on the hit show, Naagin 5 and reunited for the music video of Bepanah Pyaar. The lyrics of the song were penned by Shabbir Ahmed and Payal Dev. Take a look at the video below.

READ | When Surbhi Chandna opened up about the 'coolest thing' she has ever done!