Tejasswi Prakash Reacts To Marriage Query With Beau Karan Kundrra; 'Better To Be Sure...'

In her latest social media post, Tejasswi Prakash gave an epic response to the marriage questions, frequently asked by the paparazzi from her & Karan Kundrra. 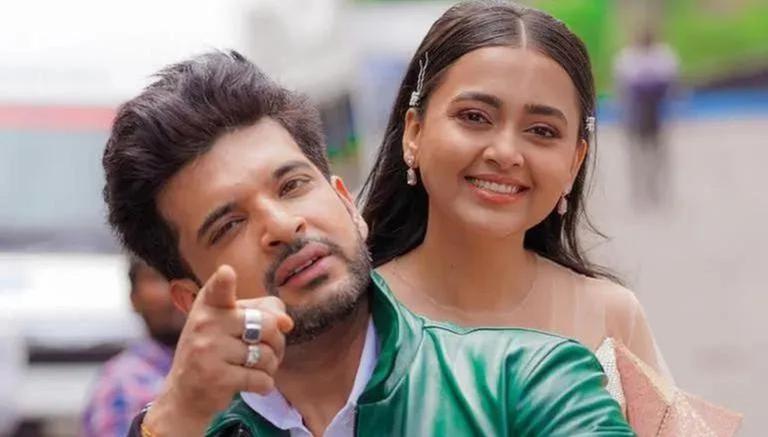 
Naagin 6 fame actor Tejasswi Prakash and her beau-actor Karan Kundrra have been dating since their stint in Bigg Boss Season 15. The two have been facing questions about when they are tying the knot and recently, Tejasswi gave a hilarious response as she posted a video on her social media space giving a word of advice for all the girls dealing with the same question.

On Monday, Tejasswi Prakash headed to her Instagram handle and shared her rendition of a popular meme these days. In the short video, she could be seen lip-syncing to the lyrics, "Mujhe nahi pata hai, mujhe nahi pooch na (I don’t know, don’t ask me).” "Paps: shaadi kab hogi," she wrote on the top of the video. Watch the video here:

Uploading the video, the BB15 winner wrote in the caption, “But on a serious note, it’s always better to be sure than sorry. This is especially for all the girls out there. Take all the time you need to be sure.”

Tejasswi recently discussed her relationship with Karan in an interview with Hindustan Times. She said that the constant media attention sometimes "scares" her because she doesn't want her love life to get in the way of her career.

"Tejran has been loved so much that I’m just scared. I don’t want it to make people stop looking at us as serious actors because we’re not just a couple. That’s why a lot of times we avoid being together," she asserted.