'Thapki Pyar Ki': A viral clip recently gained traction on the internet after fans express their confusion over the blatantly illogical scene. Read on. 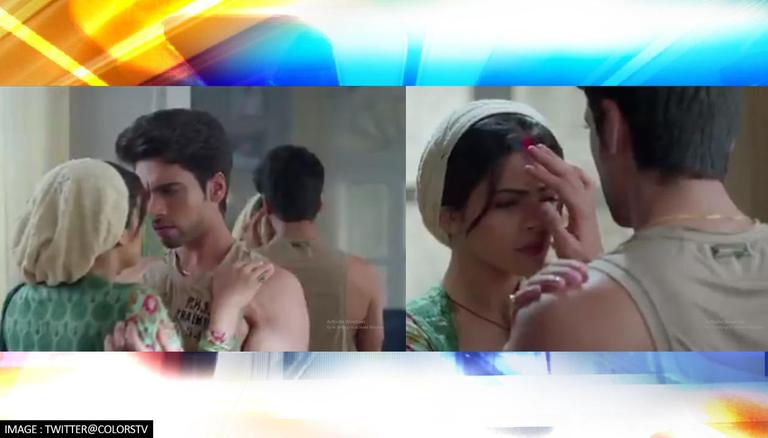 
The second season of Thapki Pyar Ki premiered on October 4 on Colors TV. The show features Jigyasa Singh as Thapki and Akash Ahuja as Purab. Serving as a spiritual sequel to the 2015 series, introducing a fresh star cast and storyline, the show also features Jaya Bhattacharya along with Rachana Mistry, Arup Paul, Shital Antani, Jhanvi Jaiswal and more.

However, a recent clip from Thapki Pyar Ki has made rounds on the internet. Notorious for their over-the-top drama and acting, Indian soap operas have earned themselves a reputation for showing scenarios that go beyond comprehension and breaking every scientific rule in the book. Continuing the saga, this new clip from the show has left the audience in splits and scratching their heads figuring out the logic behind it.

Taking to their official Twitter handle, Colors TV released a clip of Thapki Pyar Ki featuring Jigyasa Singh and Akash Ahuja. In the video, Thapki can be seen standing by the dresser as she accidentally leaves the floor wet. Her husband Purab can be seen heading towards her and slips on the wet spot. Through some physics-defying movement, he tumbles over the dresser dipping his finger in the sindoor box kept on the table.

READ | T20 World Cup | IND vs NZ: Why is Suryakumar Yadav out of Playing XI vs New Zealand?

Thapki can be seen trying to help him regain his balance. In this process, Purab's finger, now covered in sindoor, lands on her forehead. The scene continues with a romantic song playing in the background as the duo try to figure out what has happened.

Netizens' reaction to the clip

Thapki and Purab are not the only ones trying to make sense of the situation as netizens face a hard time trying to wrap their head around the scene. One user wrote, ''physics be like am I joke to you?'' while another wrote, ''This is the reason millennials don’t watch serials & soon tv will be lost if this is what the well established channel will serve to viewers 4 raat drunk hoke bhi yesi nahi girte log''.

The scene generated several hilarious responses from netizens who believed that the show defied physics. Check out some of the reactions here.

Another masterpiece. Indian daily soaps are arguably the worst. pic.twitter.com/pITg5dcUfm