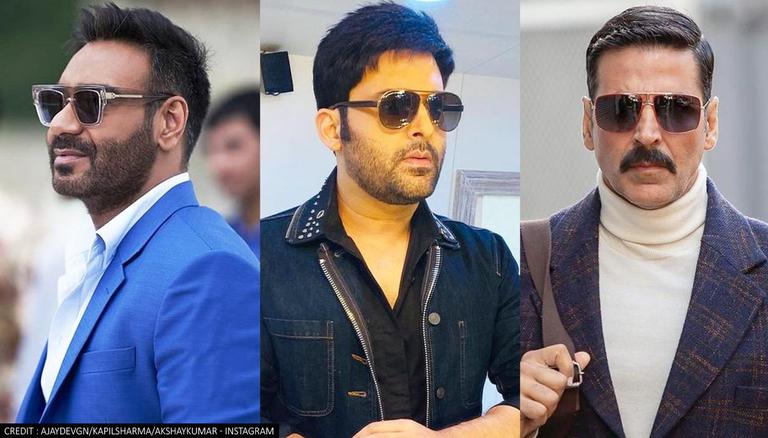 
The weekly dose of every household laughter is back with The Kapil Sharma Show, whose latest episodes will showcase the cast of Bell Bottom starring Akshay Kumar – Vaani Kapoor and Bhuj: The Pride Of India starring Ajay Devgn, Sharad Kelkar, and Nora Fatehi grace the show. The episodes will be filled with Kapil Sharma and his team's rib-tickling comedy, leaving the audience in splits. Ajay and his team are set to come to the show on 21st August, and the promo shows his hilarious banter with Kapil. Akshay's Bell Bottom team is set to come on the show on August 22, respectively.

The promo shows Ajay asking the comedian  “Tera show January mein band hua tha na? Aur February mein baccha hogaya (Your show shut down in January right? And you had your baby in February)?”, to which he replied, “Feb mein toh product release hua na? Shooting toh chal hi rahi thi 9 mahine se (Feb was when the product was released. The shoot had been on since nine months).”.

Kapil Sharma Show will take fans on a rib-tickling ride

The makers of the show are ready for the second season to go on air, with the new sets of the show looking appealing. This season's cast includes Archana Puran Singh, Krushna Abhishek, Bharti Singh, Chandan Prabhakar, Sumona Chakravarti, and Kiku Sharda. Popular entertainers  Sudesh Lahiri and Gaurav Gera will also be a part of the show, appearing in quirky get-ups.

The promo released by Sony Tv also shows the funny exchanges between Akshay and Kapil. Kapil takes a dig at the Khiladi mentioning the different roles he dons in films. To this, the quick-witted Akshay replies that he wants to work a lot so that he can keep coming back on Kapil’s show and insult him. Kapil responds to this by stating that since those insults give him a paycheck, he doesn't mind. The duo then bursts out laughing.

READ | ‘Bhuj: The Pride of India’: Ajay, Nora snapped on the sets of ‘The Kapil Sharma Show'

The Kapil Sharma show will premiere on 21st August, at 9:30 pm on Sony Entertainment Television.