Tom Selleck Says He Was 'scared To Death' During 'Friends' Shoot; 'Courteney Helped A Lot'

Tom Selleck, who essayed the role of Dr Richard Burke on 'Friends', revealed that he was 'scared to death' while his appearance on the hit sitcom. 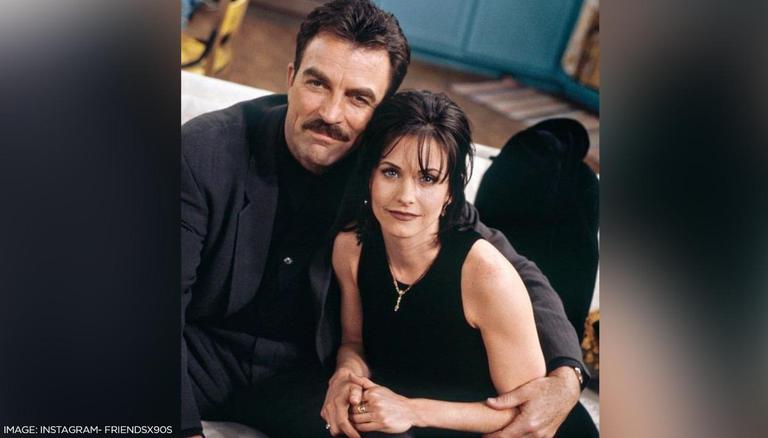 
While fans will always root for Courteney Cox and Matthew Perry's couple of Monica and Chandler in the hit sitcom Friends, Cox's stint with Tom Selleck (Dr Richard Burke) also remains one of the show's highlights. While Selleck aced his guest appearances as Cox's short-term boyfriend on the show, the actor recently revealed he was indeed 'scared to death' on sets.

During an appearance on The Kelly Clarkson Show, the 77-year-old actor said it's the 'hardest thing' to be a guest on a show. He added, "I try to relax the new actors because that's really hard, to come on a show where everybody's up to speed. It's like when I did Friends."

As Clarkson interjected to tell Selleck he was amazing on the show, the actor responded, "I wasn't amazing at what they call the table read," and went on to explain what made him so nervous. "I was scared to death", he said and continued," I had done Taxi a long time before, but I hadn't done a sitcom. And so, I was really nervous."

READ | Friends Reunion: Tom Selleck aka Richard finally reveals what Chandler does for a living

He mentioned how Courteney Cox was a 'big help' in calming down his nervousness, adding that the show's ensemble cast (including Jennifer Aniston, Lisa Kudrow, Matt LeBlanc, Matthew Perry and David Schwimmer) is an 'incredible group of friends'. "They obviously became friends in life as well as on the show. And it shows. It was a wonderful place to work," he concluded.

According to ET, Tom, who was supposed to star in only 3 episodes, went on to appear in 9. He played Monica's much older boyfriend in the second season, with the couple breaking up in the next instalment when Selleck didn't commit to having kids with Monica. He later appeared in the sixth season, right before Perry's Chandler proposed to Monica.

Meanwhile, Selleck is also known for his roles in the television series Magnum, P.I.,  Blue Bloods, and films like Three Men and a Baby, Quigley Down Under, Mr Baseball, and Lassiter among others. Apart from this, Selleck is also a California Army National Guard veteran.