Ekta Kapoor rang in her 46th birthday on June 7, 2021. To make her birthday even more special for her, brother Tusshar Kapoor had a lovely way to wish her


TV Czarina Ekta Kapoor rang in her 46th birthday yesterday, i.e. June 7, 2021. While social media was flooded with sweet birthday wishes for the Padma Shri awardee by his celebrity pals from showbiz, as well as fans, her beloved younger brother Tusshar Kapoor also had a lovely way to wish his "incredible sister" on her special day. On Ekta Kapoor's birthday, Tusshar dug up their family album to share a video collage, comprising some unseen throwback photos of his sibling with himself, their parents and a couple of friends too.

Following Laksshya Kapoor's birthday on June 1, Jeetendra Kapoor and his family celebrated elder daughter Ekta Kapoor's birthday right after a week, on June 7. To make her day even more special, brother Tusshar Kapoor took to his Instagram handle to share a video which included some aww-dorable childhood photographs of the brother-sister duo with parents Jeetendra and Shobha Kapoor. The video also consisted of some throwback photographs of Ekta and Tusshar's fun times with their beloved ones.

Along with posting the sweet video, the Golmaal star also penned a heartfelt note for his older sister as he prayed for his happiness and wellbeing. Tusshar wrote, "It's your birthday & may your life always be happy & healthy". The 44-year-old actor also added, "Thank you for being an incredible sister. Happy Birthday, Ekta! #sistersbday #loveher #birthdaycelebrations #siblinglove #fun #bond #family #togetherness".

Soon after the video surfaced online, Ekta commented on her brother's IG post and expressed, "Loveee you, Tushki". Later, netizens also showered the creative head of Balaji Telefilms with immense love as they flocked to the comment section of Tusshar's post to wish her a "Happy Birthday". Have a look at some comments here:

READ | Ekta Kapoor visits her most 'favourite place' on the eve of her birthday, check it out 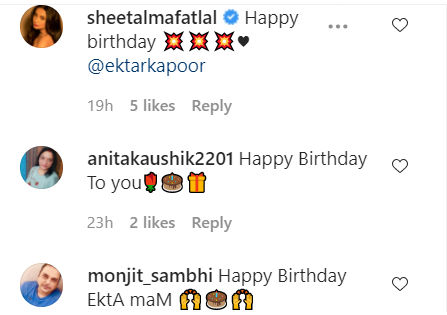 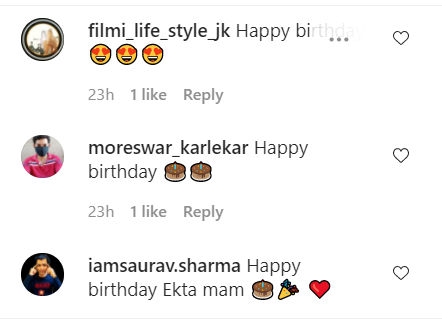 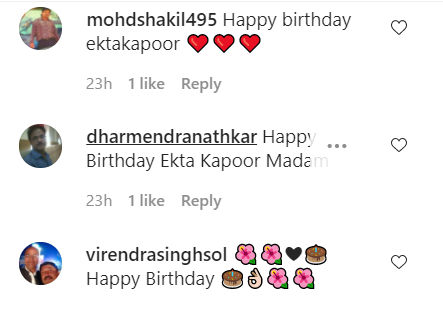 Following the cute birthday video, Tusshar Kapoor also shared two photographs with Ekta Kapoor and their friends from the television industry from her birthday celebration. In the first photograph, the sibling duo could be seen flashing their beaming smiles at the camera for a selfie. In another photograph, Tusshar and Ekta posed with their celebrity pals including Riddhi Dogra and others.