TV Actress Shveta Salve Criticised For Being A 'Bad Mom', Hits Back At Trolls With This Powerful Post

Popular television actress Shveta Salve was recently interrupted by social media trolls for posting a picture, where she can be seen smoking a cigarette with a glass of wine in her hand.

Popular television actress Shveta Salve was recently interrupted by social media trolls for posting a picture, where she can be seen smoking a cigarette with a glass of wine in her hand. The actress who is currently on a vacation with her friends and family had first posted these pictures on her Instagram story, but however, after receiving direct messages from the app users, was shamed for setting a bad example for her daughter. Taking matters into her hand, Salve posted the picture on her profile with a powerful post to hit back at the trolls.

An excerpt from her caption read "Yes I drink and smoke... I am real, honest and basic like that. It has to be of no reason that anyone ever judges me for the person I am or the Mommy I am... I don't propagate it and neither do I question anyone else who does, so I would respect the same back. How does this (smoking and drinking) make me a bad person or a bad mom?? Do you see me wasting my life? Do you see me sitting unemployed and jobless? Do you see me neglecting my child? I work... I work multiple jobs - I'm an actor, dancer and an entrepreneur. I successfully live in two major cities of our glorious country... Risking the fact that I might sound aggressive but don't ever question my abilities to be a bad example to my child"

Further, Shveta shared the same note with another picture of herself where she can be seen sipping wine by the pool.

Here are the posts! 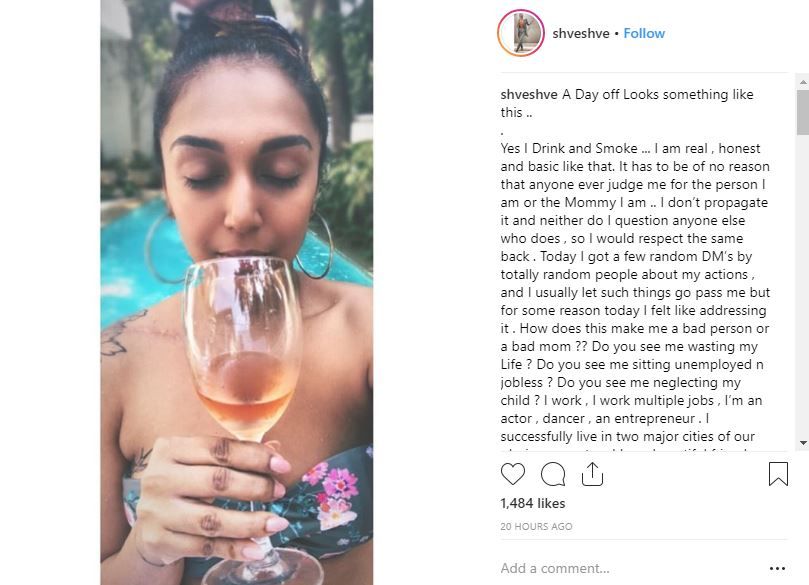 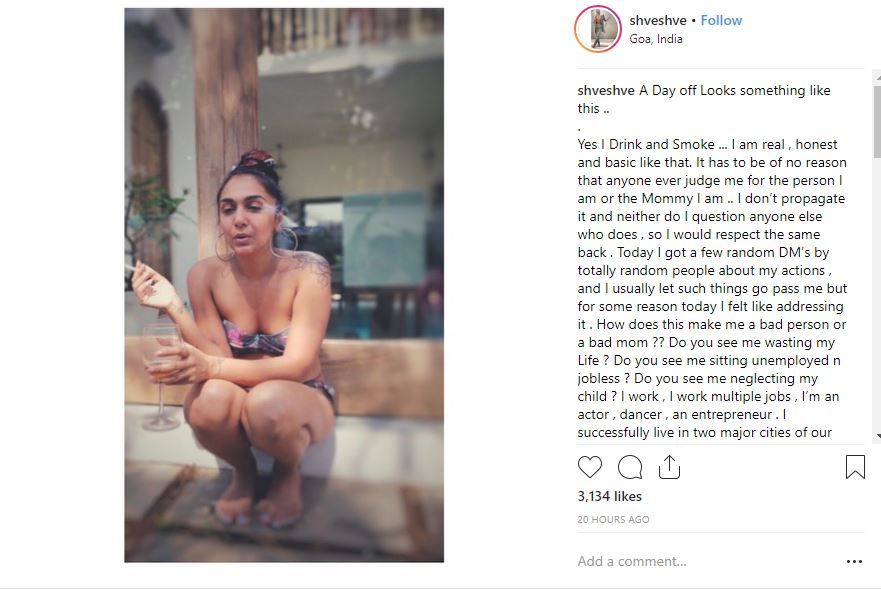 The actress married her long-time boyfriend Hermit Sethi in 2012 and are parents to their two-year-old daughter named Arya. Shveta is best known for her roles in television serials such as 'Lipstick', 'Kittie Party' and 'Left Right Left'. Along with a career in television, the actress has also done a couple of films and is known for her contribution in 'Pyaar Mein Kabhi Kabhi' and 'Dil Toh Baccha Hai Ji.'