Gauahar Khan recently got married to Zaid Darbar. Click here to see the rare unseen pic of Gauahar Khan, when she was crowned Miss International back in 2002.

Popular actor and television reality star Gauahar Khan's wedding with Zaid Darbar has recently made headlines. The couple tied the knot recently in Mumbai. They even posted pictures from their wedding, reception and pre-wedding photoshoot on their respective social media handles. Gauahar Khan's Instagram handle is filled with goofy and lovely pictures of the couple, and fans are totally loving it.

Gauahar Khan has been a model before becoming an actor. She forayed into the modelling world at the young age of 18. In 2002, she participated in Femina Miss India contest, where she ranked fourth and won the Miss Talented title. Later that year, she represented India in the Miss International contest. The then started working in Bollywood films and the Indian television industry. See below her unseen picture from her modelling days that seems to have gone viral.

Read Also | Newlyweds Gauahar Khan and Zaid Darbar give us major couple goals, as they twin in matching T-shirts

Fans of the Ishaqzaade actor couldn't keep calm after seeing this photo. Many reacted with red heart emojis and commented that her aura is unmatchable. While some found the photo 'awesome', one fan called her aura 'unmatchable'. See how her fans commented on her picture. 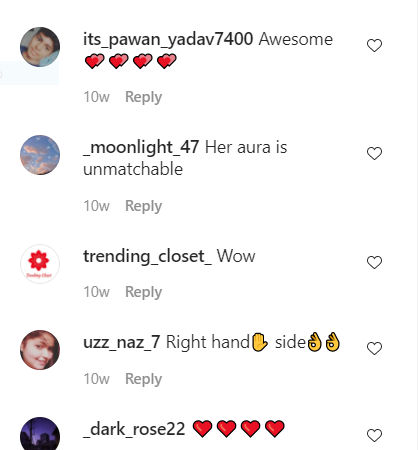 Khan initially did a small appearance in the movie Miss India: The Mystery as a model participant. She also appeared in a couple of music videos of which Hawa Mein Udati Jaaye by Bombay Vikings became hugely popular. In 2009, she participated in the third season of the hit celebrity dance show, Jhalak Dikhhla Jaa, where she became the first runner up.